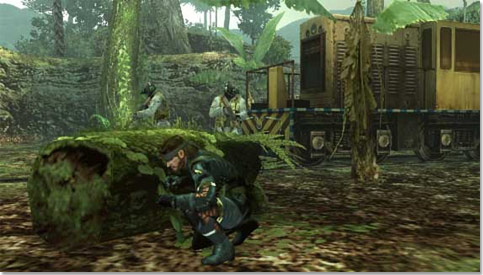 We already know Metal Gear Solid: Peace Walker was designed as a) "Metal Gear Solid 5," and b) a T-rated game. Earlier today, Hideo Kojima reinforced both points on his Twitter feed. According to Kojima, Peace Walker started out as a PSP game, but eventually evolved into a "next-gen game on a portable device."

"Our goal was to create a traditional MGS game for PSP in the beginning. How do we translate it over on the PSP…but once we started the planning the direction slowly shifted toward a "MGS that evolves on a handheld." We did not think about the low specs, moreover we decided to make a Next-Gen game on a portable device."

He then noted that, although changes were made to the game’s systems and characters, the development team made sure not to stray from the "core" of Metal Gear. Also, since the game is aimed at a broader audience than MGS4, some design choices were based on the preferences of younger players.