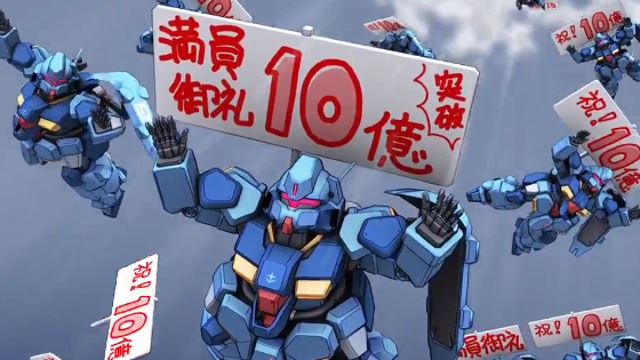 This number may pale in comparison to Evangelion 3.0+1.0: Thrice Upon a Time. As of this writing, the Evangelion movie has grossed over 9.32 billion yen (~84.65 million) with over 6.11 million tickets. But within the Gundam series, this number already marks a great achievement. The previous Gundam movie to gross over 1 billion yen was Mobile Suit Gundam: Char’s Counterattack. The 1988 movie had 1.13 billion yen (~$10.26 million) recorded as its final box-office revenue.

Mobile Suit Gundam Hathaway is the long-awaited movie adaptation of Hathaway’s Flash novel. It tells the story of Hathaway Noa. He’s the son of the famous ship captain, Bright Noa, who staged a rebellion against the Earth Federation as Mafty Navue Erin. The new movie garnered some discussion for employing an all-new voice cast different from the title’s cast in prior Gundam and Super Robot Wars games. It also featured a massive redesign for one of the key characters, Kenneth Sleg.

Mobile Suit Gundam Hathaway is immediately available in Japanese theaters. People around the world will be able to watch the movie soon when it appears on Netflix on July 1, 2021.