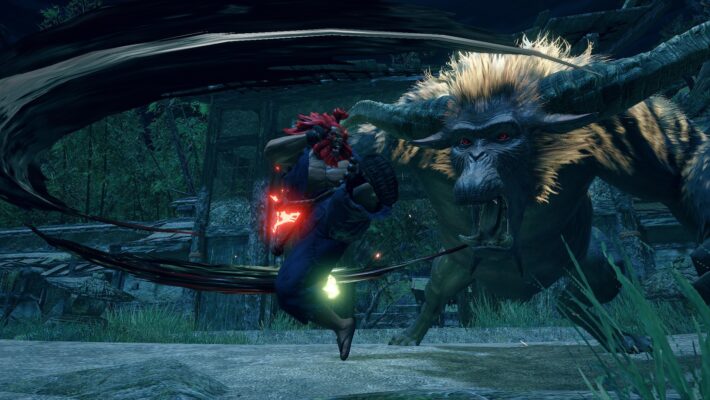 Capcom has released a new event quest that lets players unlock the Street Fighter Akuma layered armor in Monster Hunter Rise. Hunters wishing to dress like the fighter or try out some of his moves, will have to hunt down a few Rajang and acquire quest-specific materials in order to craft the full set.

The event quest is titled “SF: Ultimate Promotion Exam,” and it is located in the Shrine Ruins area. Similar to the previous Monster Hunter Stories 2 collaboration event, this quest features unique Street Fighter music playing throughout the entire hunt. During the quest, hunters can choose to slay or capture one of two Rajang. Be careful, however. The Rajang that appears at the top of the mountain is significantly larger and does more damage.

Upon completion, hunters will receive the Satsui no Hado crafting material. To craft the full Akuma layered armor set, hunters will need a total of four Satsui no Hado. Contrary to how the crafting menu looks, you will not need four materials for each armor piece. You only need to craft once to get the full set. Equipping the armor set changes the hunter’s voice to that of Akuma’s, and changes the attack animations, as well as sound effects for any sword and shield weapon and thrown Kunai.

As with other event quests, “SF: Ultimate Promotion Exam” is available through Senri the Mailman at the Steelworks area of Kamura village. While there is no Hunter Rank requirement for downloading event quests, hunters will have to be at least HR8 to participate in the quest.

You can check out the event quest and Akuma layered armor details in the screenshots below: 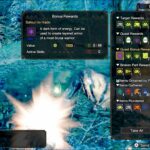 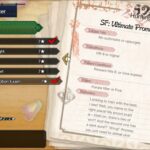 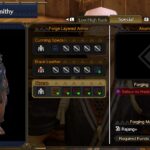 Monster Hunter Rise is immediately available for the Nintendo Switch, as is the Akuma layered armor and Rajang event quest.