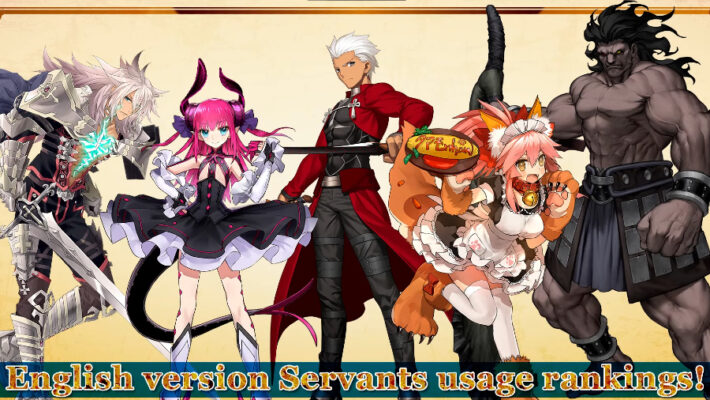 The company revealed the top five servants during an FGO panel at Anime NYC 2021. Kenji Akabane and Chiaki Kobayashi, the voices of Kadoc Zemlupus and Bartholomew Roberts respectively, shared some notable facts about the top picks. Interestingly, the list excludes Mash Kyrielight due to the fact that a significant portion of players uses the character.

Kobayashi notes that players can obtain all of the top five servants from the 4-star guaranteed summons at the start of the game. In addition to their useful abilities, he adds that this is likely the reason why the servants are the most used in the game. Akabane recalls how he was told to go forward with the game if he pulled Hercules at the beginning, due to the character’s powerful abilities.

The two voice actors also offered their own servant recommendations. Akabane recommends Saber Musashi as well as Caster Anastasia, one of the servants of character he voices. He also highlights Avenger Space Ishtar, one of the servants that appeared in the new Saber Wars 2 event. On other hand, Kobayashi recommends the Saber Altria Pendragon, as well as his own character Bartholomew.

You can check out the FGO most used servants cast comment panel in the video below.