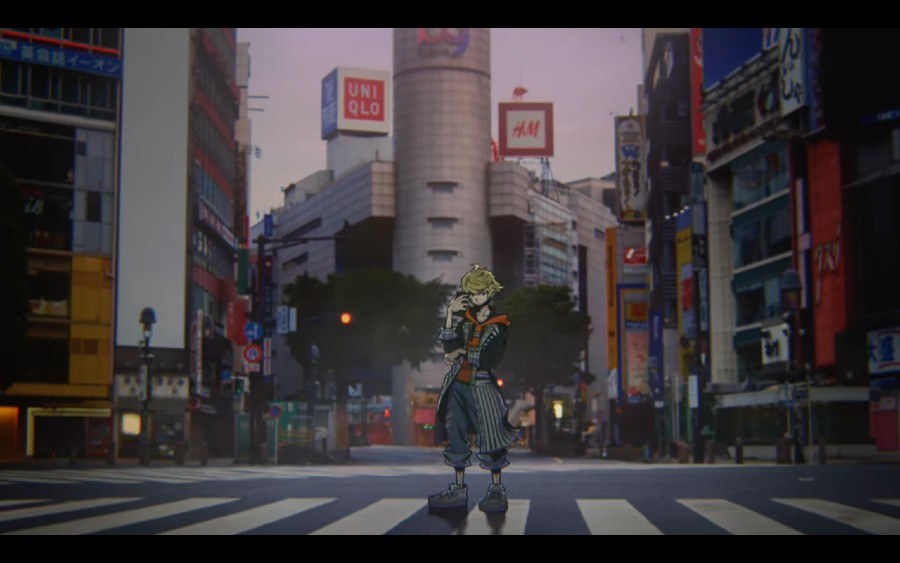 Both the original The World Ends with You and NEO TWEWY sequel take place in Shibuya. This means that some actual places are recreated in-game for people to visit. Though, in some cases, the names are slightly changed. To help people get a better idea of exactly how the real and virtual Shibuya compare to one another, Square Enix released a new trailer with a few quick peeks at different spots.

The video begins with Rindo in the real Shibuya Crossing in Tokyo. He’s standing in the middle of the crosswalks, with the 109 building and Uniqlo and H&M in the background. Then, we see Nagi in front of the actual Shibuya Modi store, recognizable by the ivy growing on it. The next scene shows Fret at the Shibuya 109 store. Finally, Minamimoto is at Spainzaka, which appears in the game as Spain Hill.

After seeing all four characters in real locations, footage of in-game recreations of those spots shows up. The Tower Records, Modi, 104 building, and Shibuya Crossing all appear in the NEO TWEWY trailer.

Prior to this, Square Enix shared some other details about the game. For example, we learned there would be up to six people in battle. We also saw some of the game’s Reapers.

NEO The World Ends with You will come to the Nintendo Switch and PlayStation 4 on July 27, 2021, and a demo is available. The PC version will appear on the Epic Games Store in Summer 2021.