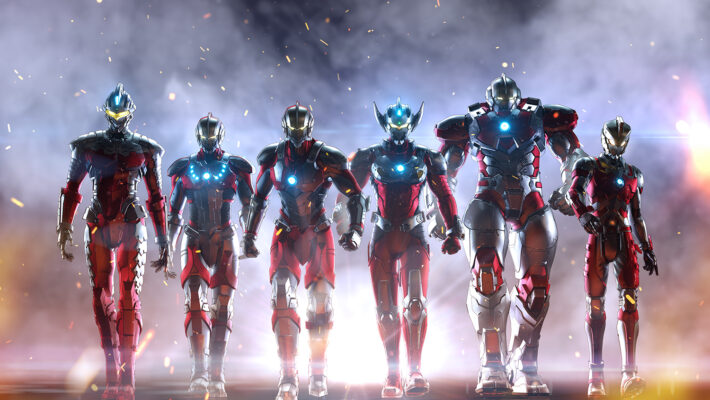 Netflix announced that Ultraman Season 2 will debut in 2022. It also revealed a teaser poster featuring the titular Ultra 6 Brothers. During the TUDUM Global Fan Event hosted by Netflix, Ryohei Kimura, who voices the protagonist Shinjiro Hayata, announced the upcoming season’s release alongside the teaser art.

Armor up. Ultraman is coming.

Ultraman is set years after the events of the original Ultraman series, with the “Giant of Light” believed to have left the earth after fighting various invading monsters. The series follows Shinjiro Hayata, the son of the original “Ultraman” Shin Hayata. Released back in 2019, the first season focused on Shinjiro’s newly awakened powers and its connection to his father’s legacy.

A previous teaser trailer revealed that Ultraman Season 2 would feature at least three members of the Ultra 6 Brothers: Seven, Ace, and Taro. However, the new teaser poster reveals that all six members, including Zoffy and Jack, will also make appearances.

The Ultra 6 Brothers are the original team of Ultramen. They made their first appearance over 50 years ago during the original run of Ultraman. Though the team had various configurations throughout time, Ultraman, Zoffy, Jack, Ace, Seven, and Taro are the most common members. They will “finally reunite” in the next season — though in the new Ultraman Suits versions rather than the authentic Ultramen.

Netflix announced earlier this year that a CG-animated Ultraman film is in development. Netflix is working on the movie with Tsuburaya Productions, the studio that originally created the Ultraman series.

Ultraman Season 2 will debut on Netflix globally sometime in 2022.