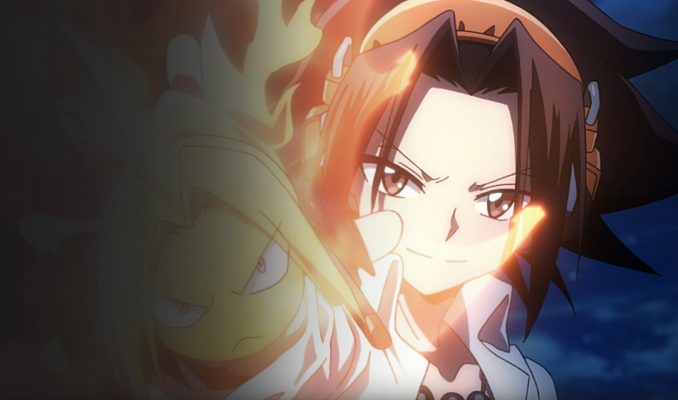 People can get a first peek at the new Shaman King anime’s English dub. Netflix will begin offering the series on August 9, 2021. However, it also shared a trailer with the English voice acting for people to see. [Thanks, Anime News Network!]

Visiting the official Netflix page might not result in seeing the trailer for the show. (As of 12:30pm CT on July 13, 2021, this writer didn’t see it.) However, those who are able to access it can hear how people like Yoh Asakura, Amidamaru, and Anna Kyoyama will sound.

This is one of many Shaman King trailers Netflix shared. For example, the most recent one is the Japanese version of the current video. It lets you hear how the Japanese cast for this adaptation sounds while seeing how many of the characters look.

This new Shaman King anime was announced back in June 2020. It began airing in Japan in April 2021. This is the second adaptation of the series. Its manga also experienced a resurgence, with Kodansha rereleasing it outside Japan in 2020 and 2021.

The new Shaman King anime will be available to stream on Netflix on August 9, 2021.