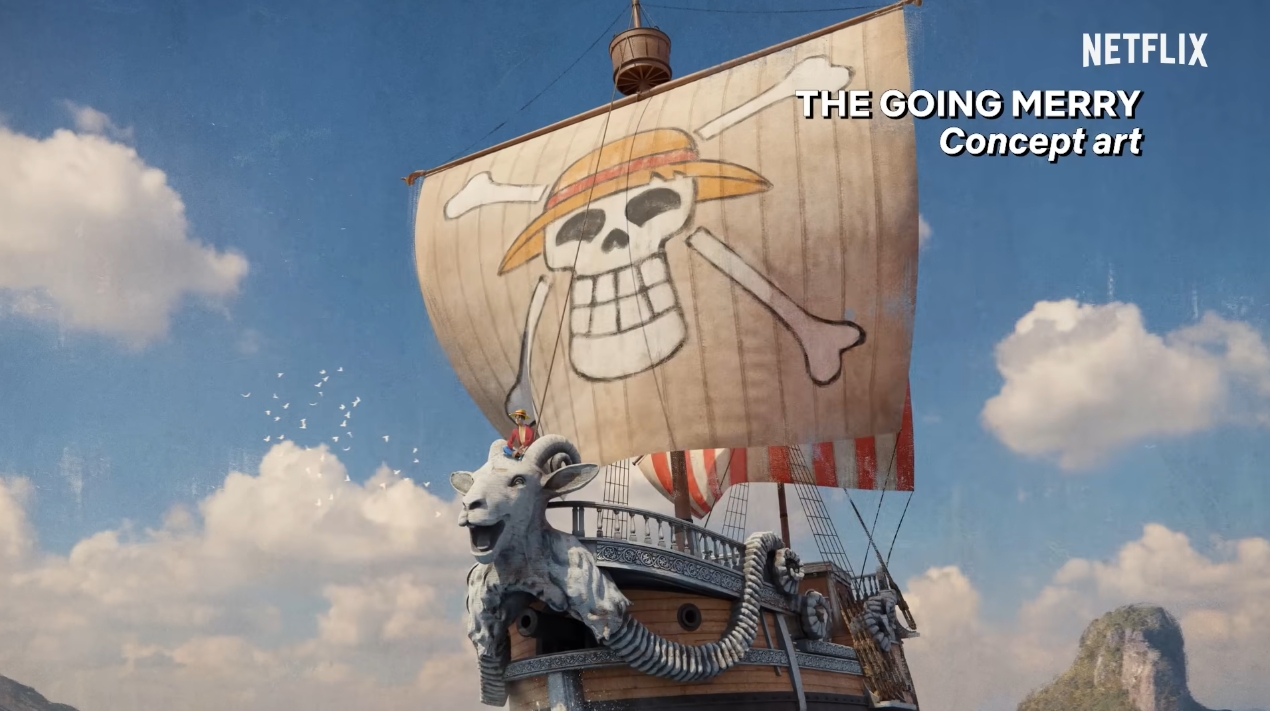 A live-action One Piece series is in development under the aegis of Netflix, and the streaming giant’s ongoing Geeked Week 2022 event gave fans a fresh look at the production. Star Iñaki Godoy, who plays Straw Hat Pirate Captain Luffy, and showrunners Steve Maeda and Matt Owens recorded a “sneak peek” at the physical sets being built for the show. Concept art for various locations and ships from the manga and how they’ll look in the series was also shown.

Check out the teaser below.

The sets are on location in South Africa, and the main one featured being built is a nearly full-size replica of Baratie, a massive floating restaurant. Baratie plays a large role in the One Piece live-action series, as it is one of the key locations of Luffy and crew’s early adventures. The version of Baratie being built for the show is similar to the one in the manga, seen as a huge multi-storey restaurant with a giant, open fish’s mouth and tail. The manga version is a little more like a large houseboat, though, while the live-action set has more ship-like features, such as a prow and aftcastle. There’s a bar in the mouth of the fish, and it’ll serve as a favorite spot of Zoro’s in the episodes set on Baratie.

Netflix also confirmed more of the cast for the show in a separate tweet. The new roles include secondary characters like Klahadore the Butler, Mihawk the swordsman, Captain Morgan, and Nojiko, Nami’s adoptive sister.

The One Piece live-action series is in production, and will debut worldwide on the service. The manga is published in English by Viz Media, and creator Eiichiro Oda will take a one-month hiatus from the series later in June, returning on July 25, 2022.