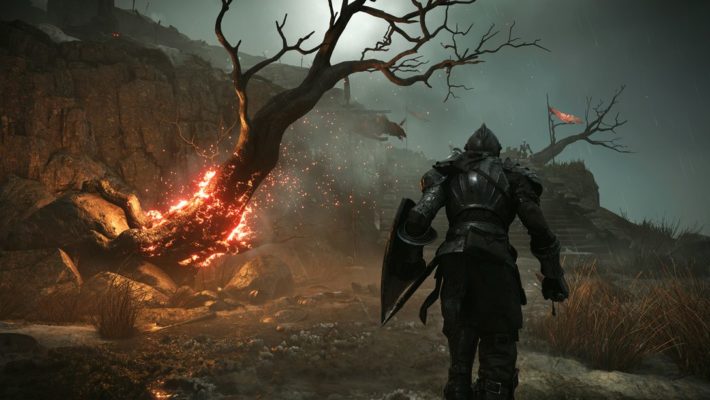 As part of its PlayStation 5 Showcase, Sony showed off new footage of Bluepoint Games’ Demon’s Souls PS5 remake. The game is also slated for release on PC, according to the trailer. Update: That trailer has since been removed, with Sony telling Kotaku that the information at the end of the video saying it would come to the PC and “other consoles” was an error.

Revealed earlier this year at Sony’s June event, Demon’s Souls updates the PlayStation 3 cult classic in a similar way to Bluepoint’s Shadow of the Colossus remake, with a full visual overhaul but faithful controls and gameplay. The new footage shows the fight with Vanguard, an early in-game boss.

Since Sony pulled its official trailer, here’s IGN’s copy of it.

The original Demon’s Souls, the predecessor to Dark Souls and Bloodborne, put together the punishing, rewarding formula that would make those games so popular with dedicated players. This Demon’s Souls PS5 remake, in addition to upgrading the visuals to take advantage of the PlayStation 5, is designed to take advantage of the new DualSense controller’s advanced haptic feedback.

Demon’s Souls is slated to make the PlayStation 5’s November 12, 2020 release date. The original trailer included a “not available on other consoles for a limited time” statement along with its PC platform reveal, but Sony said that information was mistakenly added.