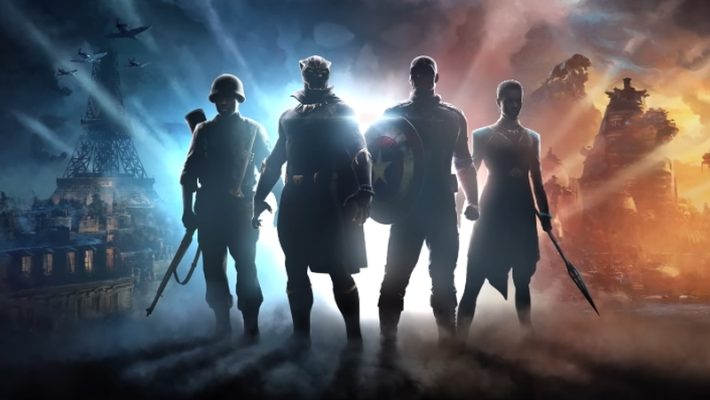 In case you missed the live show, you can see the archived broadcast at this link.

If you’ve not the time for that, we’ve taken the liberty of rounding up the most notable Disney and Marvel Game additions here, sorted by alphabetical order.

Not to be confused with legendary horror game Amnesia: The Dark Descent, this new game a different kind of terror: That of seeing a plan go all wrong and all your little soldier guys die. It’s a tactical title, headed for consoles and PC in 2023. The game was first revealed at this year’s Summer Game Fest, but some new gameplay was shown off at D23.

Pandora is coming to your Android or iOS device in the form of Avatar: Reckoning, a new mobile MMORPG. A developer update revealed more gameplay, showing off character customization and multiplayer battles. It’s coming “soon”.

This cartoony new Switch-exclusive Disney game stars Disney’s own Fantastic Four (aside from the Marvel one): Micky, Minnie, Donald, and Goofy. The OG quartet gets together in a co-op focused 2D platforming adventure. It’s coming to Switch at a date “TBD”.

Disney is known for theme parks, but once kart racer Disney Speedstorm comes out later in the year, it may be known for race course (some of them evoking theme parks). The latest trailer promoted a course based on Monsters, Inc., with cameos from Mike, Sully, and Randy. The game comes to Switch, PS4, PS5, Xbox Series X|S, PC, and Xbox One.

It’s unlikely that younger folks remember the old ’90s cartoon Gargoyles particularly well, but its Disney game adaptation for the Sega Genesis is getting remastered for consoles and PC by Empty Clip Studios. Check out the video above for some gameplay footage of the original, courtesy of YouTube user Media Pool.

This game’s so early into development that it doesn’t even have a title, but its developers do have a concept set up. It’s a “narrative-driven ensemble adventure”, featuring an original story set in the Marvel Universe. It’s a World War II-era setup, featuring Captain America and Black Panther fighting alongside Howling Commando Gabriel Jones and Wakandan warrior Nanali. Amy Hennig, formerly of Naughty Dog and a key creator behind the Uncharted series is leading the project. No platforms were announced, but consoles and PC are a safe bet.

A Marvel game previously announced in May, the card-battler Marvel Snap has a release date now: October 18, 2022. It’s a Marvel-branded take on Hearthstone or any number of mobile device-based collectible card games populating the space.

After getting pushed back once, Marvel’s Midnight Suns got pushed back another time, to a final December 2, 2022 release date. The game is an unusual, magic-focused take on the Marvel canon. D23 Expo saw some new gameplay footage and more about the game’s tactical battle and storytelling. The game’s also got some tactical pedigree, being developed by XCOM and Civilization studio Firaxis. The game’s headed to PC, Xbox Series X|S, and PS5. A series of “Prequel Shorts” laying out the backstory will debut on October 31, 2022 via Marvel’s YouTube channel.

A new geolocation-based game from Niantic, developers of Pokémon GO, Marvel World of Heroes brings that familiar AR touch, and incentivizes folks to get out and and play in physical locations (while glued to their phones).

Based on the classic sci-fi film, Tron: Identity comes from Bithell Games (developer of John Wick Hex and Thomas Was Alone), and is apparently a visual novel. Little else about the story was revealed.

The recently-released farming sim Disney Dreamlight Valley got a tease for a new realm based on Pixar’s Toy Story in Fall 2022, with plans to release a Lion King-based expansion later.

Mobile RPG Disney Mirrorverse also got a tease for its upcoming Halloween event, featuring Oogie Boogie from The Nightmare Before Christmas and other Disney villains.

To round things out, Marvel Strike Force teased the appearance of the Red Hulk next week on September 13, and Lego Star Wars: The Skywalker Saga will have a “Galactic Edition” rerelease on November 1, 2022.

The Galactic Edition launches with 13 character packs: The 7 released for Character Collection 1 and 6 brand-new ones in Character Collection 2. It’s more of an update for new buyers, as all of the above save a “Classic Obi-Wan Kenobi” character can be purchased separately by owners of the original release. The game lands on Switch, PS4, PS5, PC, and Xbox One and Series X|S.

Which Disney Games (or Marvel Games) are you interested in?