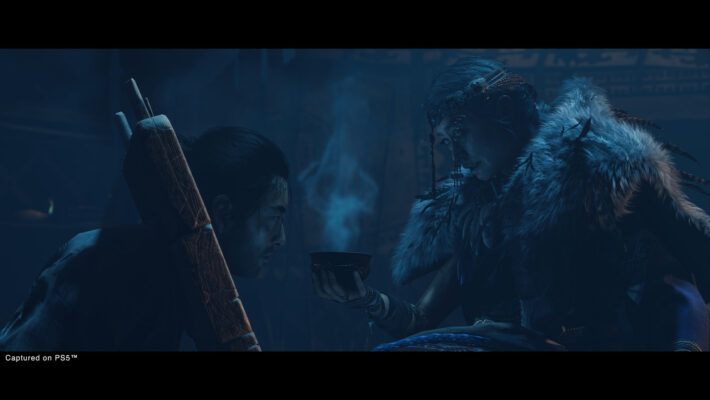 Sucker Punch and Sony revealed new details about Ghost of Tsushima Director’s Cut and its Iki Island expansion in a new PlayStation Blog entry and trailer. In addition to offering a look at the new location, it hinted and things Jin Sakai will go through when he visits. It also revealed that the next major antagonist in Ghost of Tsushima will be the Mongol’s Ankhsar “The Eagle” Khatun.

The Khatun and Shaman Ankhsar Khatun is leading the Mongols on Iki Island. That means Jin will face new opponents and have to rally new allies to fight her and her forces. As Jin explores, he’ll learn more about his family and discover new techniques.

Here’s the new Ghost of Tsushima trailer focusing on Iki Island and introducing Ankhsar Khatun. It begins with Jin noting that he has to head to the island to face the Mongols and “The Eagle.” (His horse accompanies him, of course.) After lightning strikes the boat, he’s captured and taken to The Eagle herself. It then shows some of the allies and enemies people will meet.