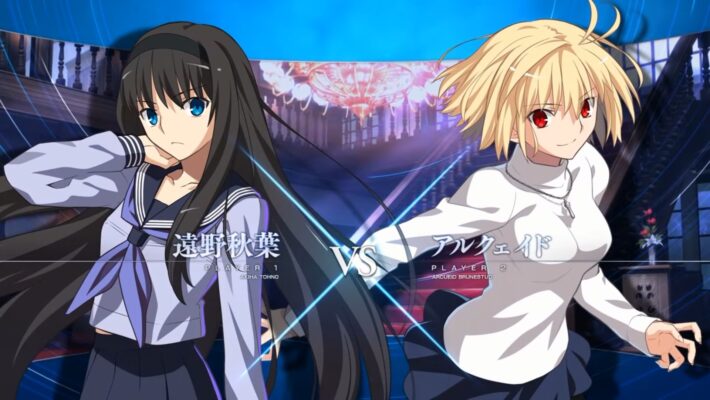 Type-Moon released new gameplay footage of Melty Blood Type Lumina, in which Akiha Tohno and Arcueid Brunestud duke it out. The two characters are both prominent heroines as well as each other’s rivals in the Tsukihime series. The three-and-a-half-minute-long video gives a glimpse at each character’s abilities, attacks, and combos.

In Melty Blood Type Lumina, Akiha features long-reaching special attacks that keep the pressure on the opponent. This includes a “Brilliant Wheel” trap attack. On the other hand, Arcueid features powerful and fast attacks at close quarters. This allows players to rush in and stay on the offensive, with many attacks that chain into combos. The video gives a good idea as to how players can counter each characters’ attacks and punish opponents.

Both characters are featured in the Tsukihime remake recently released in Japan. The above video in particular features character models from the remake. Furthermore, Tsukihime writer Kinoko Nasu stated in a recent Famitsu interview that the team shared scenarios and development details with the Melty Blood team in order for the two games to match.

You can check out the official Melty Blood Type Lumina Arcueid vs Akiha gameplay video below.

A few days ago, Type-Moon released another gameplay video revealing that Michael Roa Valdamjong will be a playable character in the game. The playable protagonist from the Tsukihime series, Shiki Tohno, will also join the game’s roster.

Melty Blood Type Lumina will launch for the Nintendo Switch, PlayStation 4, Xbox One, and PC via Steam on September 30, 2021.