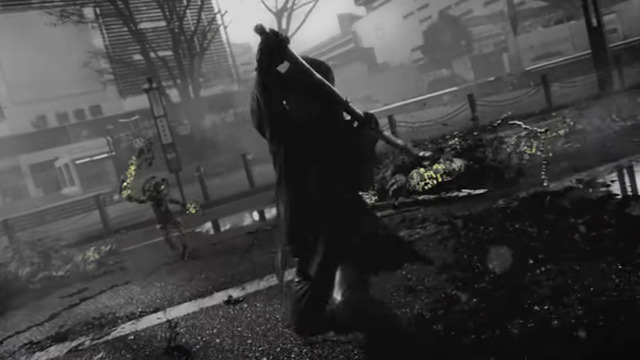 Square Enix has released a new NieR Replicant live action trailer, one that blends real actors with CGI effects. While it primarily focuses on action, the trailer itself is set during a very specific part of NieR Replicant. Despite its shortness, the trailer shows an abandoned Shinjuku featuring Nier fighting off shades. This trailer also features a unique title. [Thanks, Famitsu!]

That said, this trailer does contain spoilers in some capacity. Please keep that in mind before watching. You can watch the NieR Replicant live action trailer below.

Square Enix also recently released a NieR Replicant trailer which focused on the Barren Temple. An upcoming NieR Replicant broadcast will feature new gameplay information. The broadcast will air through NicoNico and Twitch, with NicoNico premium members getting an extended look at combat. Additionally, Yoko Taro and Yosuke Saito will appear during the program. The broadcast should also provide more information about NieR Reincarnation as well.

NieR Replicant ver.1.22474487139 is an upcoming remaster, which features entirely new graphics and a re-orchestrated original soundtrack. This game will follow the events of the original NieR Replicant, however the developers mentioned in previous interviews that this title will be more than just a remaster.