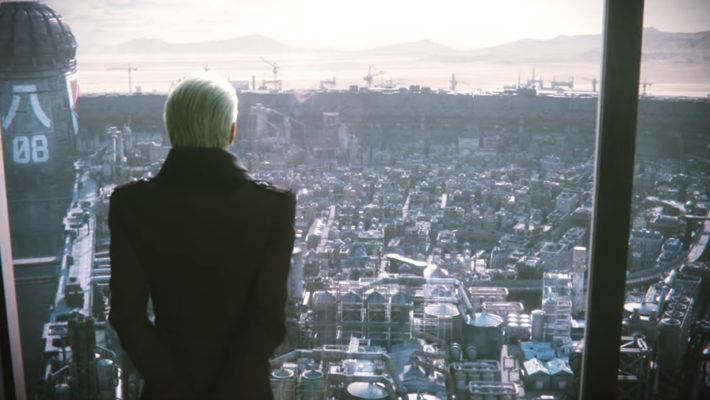 During an interview with Famitsu, Tetsuya Nomura confirmed new details about the upcoming mobile game, Final Fantasy VII The First Soldier. The title’s creative director talked about its ambitions, gameplay, and even revealed that there will be a job system. We have translated a summary of the interview below.

Square Enix announced the new game in the Final Fantasy VII universe in February 2021 would be a battle royale title for mobile devices. Set 30 years before the events of Final Fantasy VII proper, Nomura confirmed that The First Soldier will affect the story of another upcoming mobile title, Final Fantasy Ever Crisis.

Famitsu started the interview by asking the Nomura who the target audience is with Final Fantasy VII The First Soldier. He responded,

“Fanbases of long-standing IPs—not just Final Fantasy VII—become static to a degree. So our challenge is to appeal to other fanbases.”

In terms of game systems, Nomura confirmed new details based on the footage we’ve seen so far. He stated that Final Fantasy VII The First Soldier will likely have a job system called “Styles.” (Please note that this phrase could change in the official localization.) The icons on the screen indicate what special skills the player can use based on their Style, which they can change for each battle. Additionally, Nomura confirmed that there will be a closed beta test, with details coming in the future.

When asked about what the team is focusing on, Nomura brought up gameplay and stated the importance of game-feel and balancing. In this regard, Nomura said that Producer Shoichi Ichikawa is a hardcore battle royale player, so his feedback has been very helpful. When Nomura introduces an idea, Ichikawa can tell him how it will affect the title’s balance and openly inform Nomura when he’s “spouting nonsense.” Additionally, Nomura said the team is polishing up the game’s visuals so it doesn’t disappoint anyone for being a mobile title.

Final Fantasy VII The First Soldier will release on iOS and Android devices in 2021.