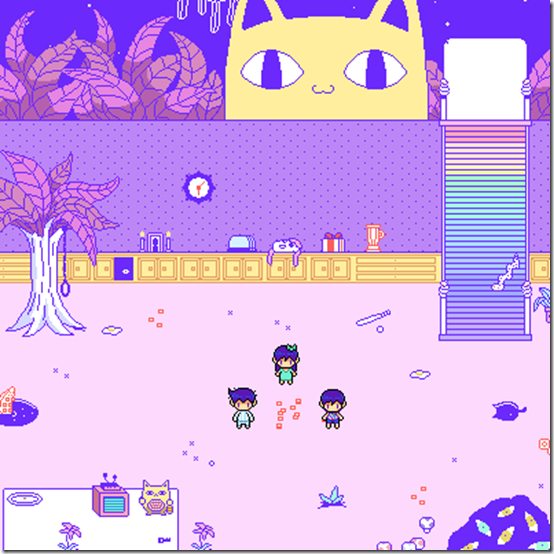 OMOCAT has released an Omori update video on YouTube. The developer confirmed that the English PC and Mac versions of the horror game will appear at the end of 2019, followed by a Japanese translation with the help of Playism in Spring 2020.

In addition, the video confirmed a Nintendo Switch port that will be accomplished with the help of Playism. After confirming the Nintendo Switch version, the English update said, “…And possibly even other console ports in the future!” However, Playism’s Tokyo Game Show 2019 blog update also listed the PlayStation 4 and Xbox One as platforms for the game.

The video update also explained the Omori development delay. The game’s Kickstarter launched on April 21, 2014. It was fully funded by June 5, 2014, raising $203,300 from 5,910 people. Since then, the developers have largely silent, though a Nintendo 3DS version was announced in 2015 and a new trailer released in 2017. The dev team update noted that OMOCAT and Archeia were the only two working on the game initially, but realized it was too big for just them. This led to the delays and need to bring on a whole team. The video then spent time introducing the other team members, like Ocean, Sleepykuya, Minced, EMS, and Yin. It also noted that Slime Girls, Clover & Sealife (formerly Space Boyfriend), and Bo-en created Omori’s soundtrack.

Here is the Omori update video.

Omori will come to PCs and Macs in English in late 2019 and in Japanese in Spring 2020. A Nintendo Switch port was confirmed in both the English and Japanese updates, while the Playism page also mentioned PlayStation 4 and Xbox One versions. The previously announced Nintendo 3DS version was not mentioned.