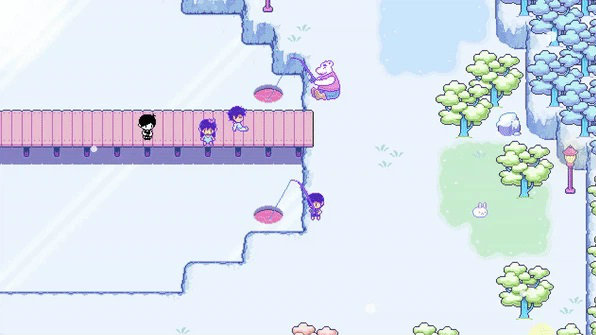 Omocat’s Omori, an RPG that had a successful Kickstarter run back in 2014, has been gradually creeping closer to a release date ever since. While the COVID-19 pandemic pushed it out of a Spring 2020 release window, the latest update is still a positive one. It is still expected to release in 2020, but it will take a few more months before it is finally ready.

The previous March 2020 update released when the pandemic was just getting started confirmed that there would be delays as a result of a L.A. County lockdown. It did note that the game would be longer than expected, up to about 20 hours, but that bug testing was pretty much the last step.

The June 2020 update, released on June 18, 2020, confirmed Omori is in the final stretch. It said bug testing is being done and new animations are being added. When wrapping it up, Omocat said, “With the addition of our newest content, we will need a few more months to test the game and prepare for release. Again, thank you everyone for being patient. If you have any questions, please message us on Kickstarter.”