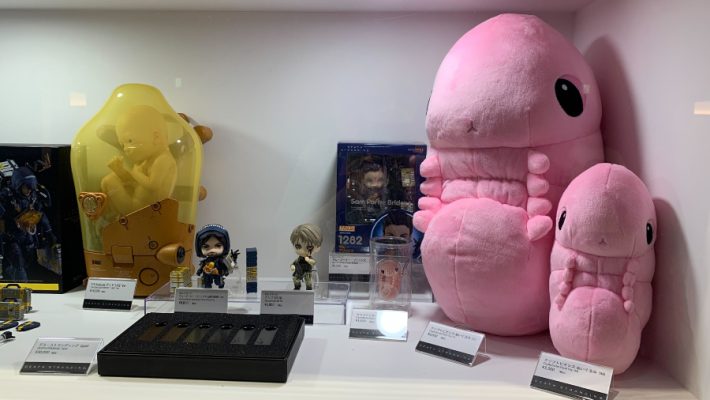 In addition to demo booths and showcases, Tokyo Game Show 2022 was host to a fair amount of merch from some of the biggest names in the video game industry. While some appeared at booths run by various retailers, many companies chose to set up booths of their own. These included limited edition products from Kojima Productions, Capcom, Square Enix, and Konami. Notably, the event featured some unreleased and upcoming merchandise, from plushies to figures, furniture, and more.

Practically an entire half of a hall was dedicated to merchandise. Some of the more prominent brands had franchises such as Apex Legends, Among Us, and Undertale on display. No wonder, as these brands have a significant fanbase in Japan. The Cospa and Fangamer booths had a wide array of merchandise from various IPs, including the likes of Metal Gear, Jet Set Radio, and games from Sony Interactive Entertainment. One interesting item I found was a pin badge of Revolver Ocelot, which had a revolver that actually spun around. 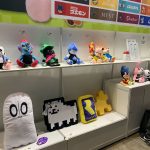 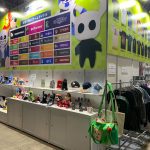 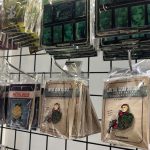 Furthermore, it even had roped-off sections dedicated to the $11,500 Masterline FFVI statue. The Kingdom Hearts 20th anniversary merchandise even included a “Chesterfield Armchair”, which may appear as merchandise in the near future. As expected, another section was also dedicated entirely to Dragon Quest merch, though there weren’t any new releases from what I could gather.

In the music booth, Square Enix was selling vinyl albums of soundtracks from some of its most popular games, from FFVII to FFXIV, Chrono Cross, NieR and more. Some of these albums even included signatures from the composers who worked on them, making them quite the collector’s item. 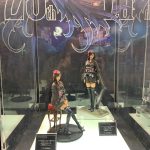 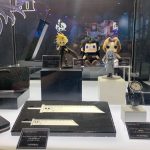 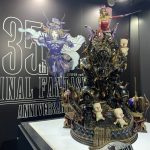 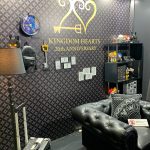 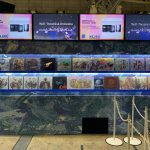 Capcom, much like their game lineup, focused almost entirely on Monster Hunter and Resident Evil merchandise. Arguably the most eye-catching of these was the return of the full-body length Khezu sleeping bag, as well as the recently-announced Palico onesie. Capcom certainly leaned more into the humorous side of things, showcasing its Rajang body pillow and Khezu beanbag pillow. Some of these products are still available on the Japanese e-Capcom store, though they’ll run you at least $200. 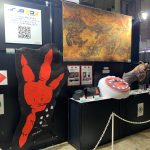 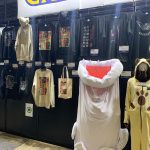 Kojima Productions, though declining to show any new games this year, opted instead for a pure-white cube-shaped booth with plenty of merchandise stocked. What stuck out to me most were the small and medium-sized cryptobiote plushies from Death Stranding. Beside it, the studio was also selling a 1:1 replica of BB, complete with its signature yellow tank, for ¥16,500 (about $114). Additionally, Kojima Productions also sold various T-shirts, Ludens figurines, stickers, and Nendoroids. On the other side of the booth was a large teaser for its latest project, with a QR code that leads to the company’s website. 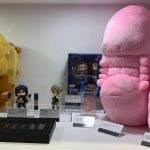 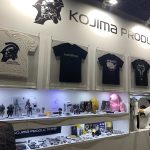 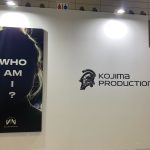 Needless to say, practically every booth was packed for most of the day, particularly during days where the venue was open to the public. Lines would typically stretch around the hall, taking nearly an hour to reach the cashiers. Thankfully, I still managed to get the merchandise that I wanted: a limited edition Ape Escape hoodie.

Is it a sign from the gods that Sony will eventually revive the franchise? Probably not.

But a guy can dream, can’t he?