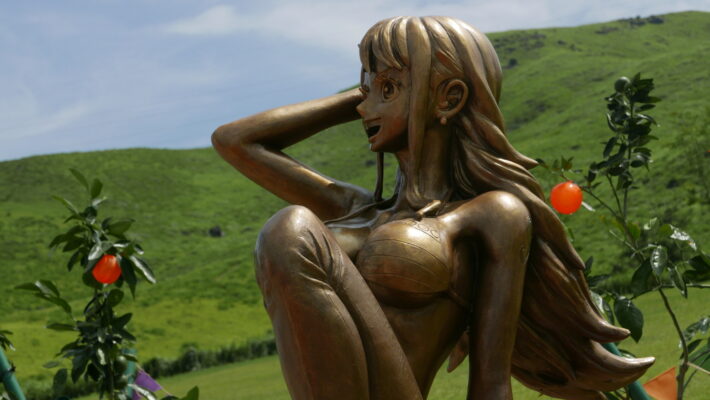 The Kumamoto Earthquakes killed 273 people and injured 2809 others, as well as damaging thousands of houses and buildings. One Piece creator Eiichiro Oda, a Kumamoto native, started the project soon after the disaster and lead a variety of efforts from stamp rallies to selling goods in order to revive the prefecture.

The statue is the seventh one to be revealed, Luffy being the first unveiled back in 2018. There are also two more statues planned, including a statue of Zoro coming to the Ozu Central Park as well as Robin in the former Tokai University Aso Campus.

One Piece also hosted a special live stream of the unveiling, which featured prefecture mascot Kumamon and other local politicians. Additionally, Governor Ikuo Kabashima stated that “Nishihara (the village in which the statue was erected) inhabitants’ efforts in revitalization resemble how Nami protected Cocoyashi village”, referencing an event in One Piece. The parallels were further strengthened by the decorative tangerine-colored balloons tied to nearby trees.

The Pokemon Company has a similar revitalization program, where it unveiled a Slowpoke postbox in Kagawa prefecture back in March.

You can check out a few official photos from the Kumamoto One Piece Nami Statue unveiling below: 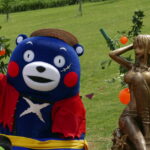 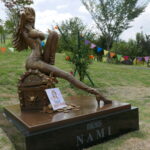 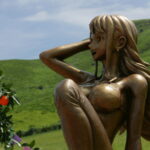