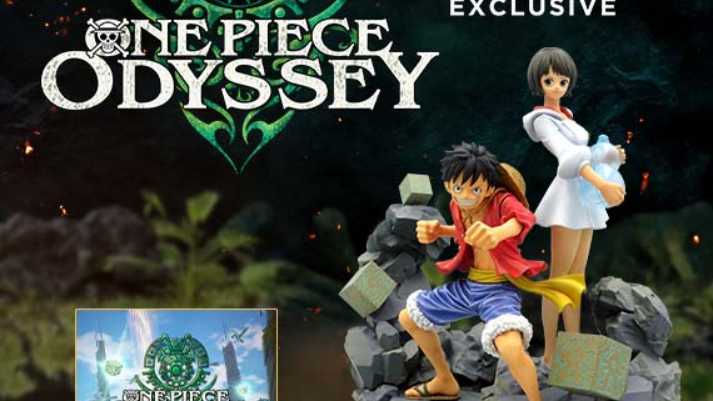 One Piece Odyssey, the upcoming JRPG that will put players in the shoes of the Straw Hat Pirates on an original adventure, is now open for pre-order. Those who order the Digital versions will be eligible for bonuses when they start up the game. As well, if you order the Limited Edition bundle from the Bandai Namco store, you can get figurines of Luffy and Lim.

The figures are about 23 x 21 x 21 centimeters tall. This offer is exclusive to the Bandai Namco store, which means that you must order it from them. There will not be a Digital version for the Limited Edition bundle of One Piece Odyssey. As mentioned earlier, pre-ordering the digital versions of the game will come with some bonuses. You can get the Traveling Outfit Set for the crew, as well as:

This is for the Standard Edition. The Deluxe Edition will also come with the Sniper King Outfit Set and the Adventure Expansion Pack. This is an extra scenario that will appear in the future as DLC. There will also be a Collector’s Edition that comes with: