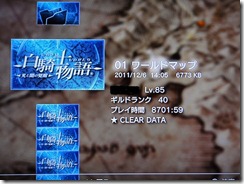 The most hardcore White Knight Chronicles II player has been found. A user amassed a whopping 8701 hours playing Level-5’s RPG. That breaks down to 362 and a half days without sleep playing the PlayStation 3 RPG. The result is a max level character and the highest guild rank. Although, I imagine the player fulfilled both of those goals *several* thousand hours ago.