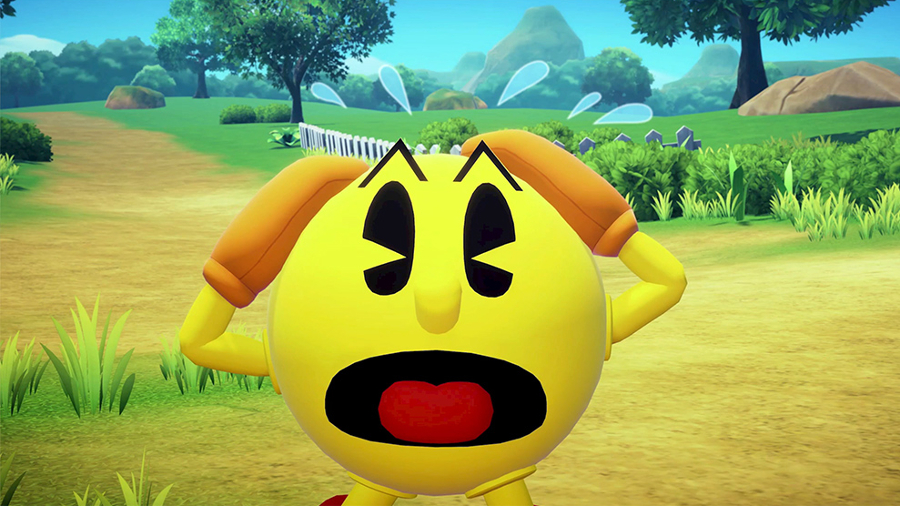 To be honest, I never thought that I would be playing Pac-Man World again, especially in 2022, nearly two decades after I first picked it out of my parent’s video game pile. I absolutely adored the game growing up. Given the opportunity to play Pac-Man World: Re-Pac, the choice was a no-brainer. Now, after playtesting the game for several hours, I’m not quite sure anymore.

The game was different, and not in a good way. It was easier to play, looked fantastic, and was almost exactly how I’d remembered it. But something — some distinct sense of charm — was missing. Was I reminiscing about the game through rose-tinted glasses? Had my tastes simply changed? Or was the remake truly an inferior product to the classic platformer?

There are various schools of thought when it comes to how companies should remake games. No wonder, as the practice has become somewhat of an industry staple within the last decade. Square Enix with its Final Fantasy VII Remake series took the opportunity to completely redesign the game from the bottom-up, blurring the line between a reboot and a remake. Other companies, like Capcom with the Resident Evil remakes, may largely keep the same level layout or mechanics, but with slight changes to the storyline.

When compared to these titles, however, Pac-Man World: Re-Pac almost feels like a remaster. The stage layouts are almost identical, save for a few changes to boss fights (the most notable being Krome Keeper). The location of practically every fruit, every button, every steel ball powerup, and every Galaxian collectible is unchanged. Pac-Man’s animations, attacks, and moves are all pretty much on par with his blocky, PlayStation predecessor. And aside from a few improvements in quality, even sound effects and stage themes are the same, for better or worse.

Here’s a video comparing the two games’ animations, courtesy of YOYO-DODO from YouTube:

When it comes to new additions and quality-of-life updates, there were fewer than I had expected for a nearly two-decade-old game. While in mid-air, Pac-Man can wiggle his feet for longer air time, making platforming less of a hassle. The steel ball power-ups respawn, and there is also a toggleable easy mode to make things even easier. Coupled with the UI and graphics updates, Pac-Man World: Re-Pac is noticeably easier to play than its original version. The game’s 4K resolution and high-quality textures also make levels look crisp and clean, though it’s hard to appreciate it when the camera perspective is always fixed.

On the other hand, I was disappointed by a few of the significant changes that Bandai Namco did make. Classic mode, for example, is now locked behind the completion of the Quest mode. Arguably the most heinous change is that the intro cutscene of the game has been completely recreated, but with gibberish instead of actual spoken dialogue. On top of that, the new cutscene removes any reference to the five world bosses that you fight in the game and removes the party scene introducing Toc-Man entirely. While the change may seem minor, players who didn’t play the original game might find it a bit confusing as to why you’re suddenly fighting a flying ship at the end of the first area. The most disappointing change, personally, was that Pac-Man no longer does his dramatic scream.

Pac-Man World: Re-Pac is a solid game, and I scarcely encountered any game-breaking bugs during my playthrough. It’s faithful to the original game, almost to a fault. At the same time, it fails to recreate a lot of the off-beat, wonky humor that was present in Pac-Man World. For someone who doesn’t own a working PlayStation anymore and wants to re-experience the game, it might even be worth the $30 price tag. But if you’re really itching to play the game, your money may be better spent simply buying a second-hand PlayStation 2 and a copy of Pac-Man World. That way, you’ll at least be able to play Pac-Man World 2, too.