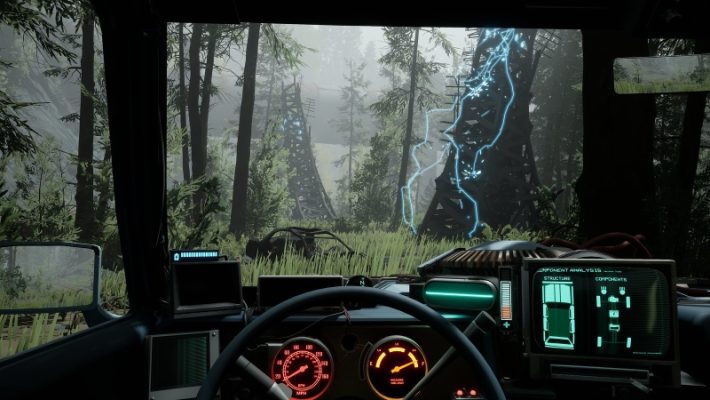 Pacific Drive was one of the new titles debuted at September 13th’s PlayStation State of Play broadcast, and it doesn’t lack for atmosphere. A trailer using a mix of cinematic footage and in-engine gameplay rendered via PS5 showed a harrowing journey through a temperate forest.

The Pacific Drive title and environs clue viewers in to the game’s setting: In North America’s Pacific Northwest region. The gameplay shown consists of driving through territory experiencing increasingly deadly and unnatural hazards. From low-visibility fog to strange creatures to lightning storms and spontaneously-growing stone pillars, the region appears to be influenced by reality-bending phenomena. The car itself also appears in various states of augmentation, featuring new gadgets, armor, and unknown devices strapped to its outside.

Within the Pacific Drive car, various sensors and navigational aids show the driver useful info. An oscilloscope changes color and increases in frequency when an “instability front” is nearby. Battery meters, a compass indicator, and a screen also show the condition and direction of the car. Exactly why the player is even driving through all of this is not explained. In fact, other than a radio voice and a single line about “calling her, now”, there is no dialog or visible interaction with NPCs in the trailer.

Check out some screenshots from the game in the gallery. 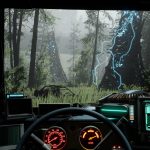 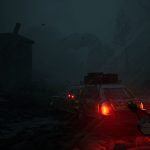 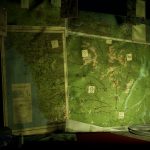 A post from developer Ironwood Studios on the PlayStation Blog introduces Pacific Drive in a bit more detail. The game is set in Washington State’s Olympic Peninsula region, where decades ago the U.S. government used the area to test mysterious technologies. Something went wrong, causing it to wall off the whole region and call it the Olympic Exclusion Zone. After being stuck inside, you must search deeper to find a way out and solve the mysteries of the Zone. Your station wagon will serve as your lifeline, protecting you from the Zone’s hazards as long as you can keep it maintained. Safe areas and garages can be found, but every storm that hits the Zone will change the landscape and threats you face. Ironwood calls the game a “road-lite”, emphasizing that the game is run-based and meant to be played and replayed.

Pacific Drive is in development, and scheduled for release in 2023 on the PS5 and PC.