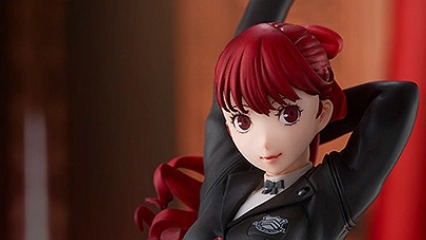 Phat! Company has a new figure of Kasumi Yoshizawa from Persona 5 Royal that you can pre-order from Good Smile Company’s official website. The figure is a 1/7 scale and she stands at approximately 260 millimeters in height. You have until October 14, 2021 to pre-order her. Good Smile Company will ship her out in September 2022 for Japan, and in November 2022 for North America. She will cost 16,800 JPY/$168.99.

The Kasumi figure’s pose uses her official art from the Persona 5 Royal game. With her arms stretched over her head, she shows off her slim gymnast figure and her Shujin Academy uniform. Her face is a faithful recreation of Soejima’s art style. Additionally, the shading, as well as the sculpting, of her curls gives a sense of volume.

You can see more pictures of the Kasumi Yoshizawa figure here: 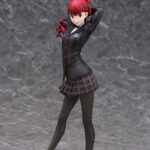 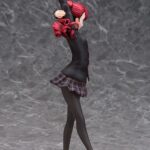 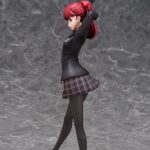 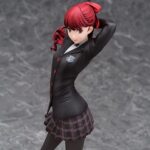 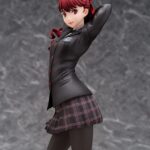 Good Smile Company first showed off the Kasumi figure back during WonHobby 33 in May 2021. Though no other Persona figures were part of the gallery, they did display figures of characters like Lila from Atelier Ryza and Mordred from Fate/Grand Order.

The Persona 5 Royal Kasumi Yoshizawa figure is available for pre-order from the Good Smile Company website until October 14, 2021. Her release date is September 2022 for Japan and November 2022 for North America.