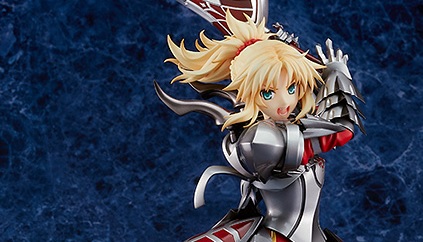 Good Smile Company’s WonHobby 33 revealed a large number of upcoming figures based on characters from Fate properties, such as Fate/Grand Order and Fate/stay Night Heaven’s Feel III. There are a total of eighteen new figures. The release dates are still unannounced, as they are all under development. Some figures are in the final stages, whereas some don’t even have unpainted models to show off yet.

The full list of Fate/Grand Order characters who will appear as a figure are: 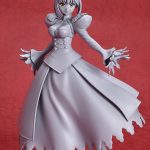 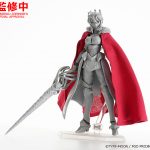 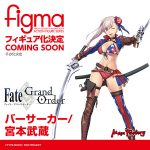 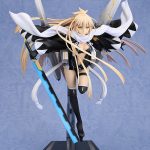 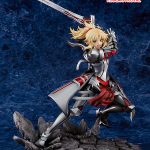 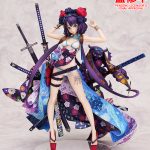 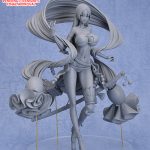 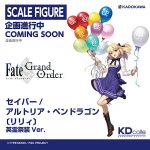 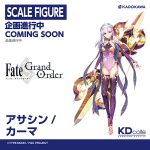 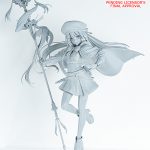 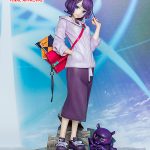 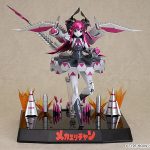 Merlin (Prototype) from Fate/Grand Order Arcade will also appear as a Nendoroid. The figure is still unpainted. Good Smile Company also announced a Nendoroid for Mysterious Neko X from Fate/Grand Carnival, though they have not yet unveiled her model. Chloe von Einzbern from Fate/kaleid liner Prisma Illya: Prisma Phantasm will also show up in the near future as a scale figure. The Wedding Bikini Vers. is in development but Good Smile Company revealed the painted model.

Three figures of characters from Fate/stay Night Heaven’s Feel III will also appear in the coming future. Good Smile Company showed off Pop Up Parade versions of Saber Alter and Lancer, as well as a figma of Rider. 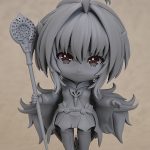 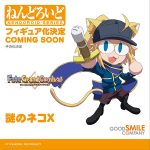 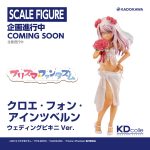 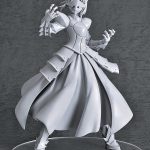 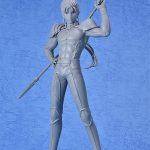 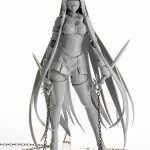 The Fate figures from Good Smile Company are all currently under development and more concrete release dates will be announced in the future. Fate/Grand Order is currently available on mobile devices. The Japanese version is re-running the Servant Summer Camp event and the global version will debut Yugakshetra in mid-June 2021. Fate/stay Night Heaven’s Feel III will appear on Blu-Ray on August 17, 2021.