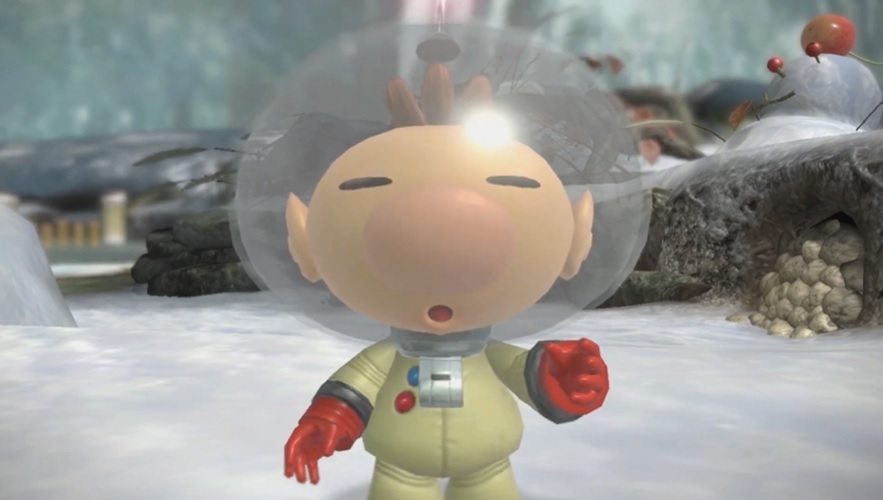 Nintendo’s October 7, 2020 Treehouse Live took a peek at Pikmin 3 Deluxe Olimar side stories and Bingo Battle, two new elements in the game. The upcoming enhanced port will also feature all DLC from the original Wii U release. Previous trailers of the game hinted at the new features, but this is our first look at gameplay for the new modes.

The Olimar side stories will take place prior to the main story. The company Olimar works for is in debt yet again. Keeping true to Pikmin 3 Deluxe, Olimar’s boss will send him out to gather materials and get out of debt. The Nintendo Treehouse Live showed off Day 4, which involved a mission where people would need to collect fruits and nuggets in the Tundra area for 12 minutes. These modes can be played in co-op or single-player modes.

The Nintendo Treehouse Live also showed off an intense, 1v1 battle mode called Bingo Battle. Players will fill out their bingo cards by collecting items or enemies around the stage. Since you’re in a similar space, the video showed the two players attempting to mess with one another.

Nintendo also confirmed there will be an eShop demo for Pikmin 3 Deluxe, where save data will transfer to the full game and a difficulty mode can be unlocked early.

Pikmin 3 Deluxe will launch exclusively on Nintendo Switch on October 30, 2020.