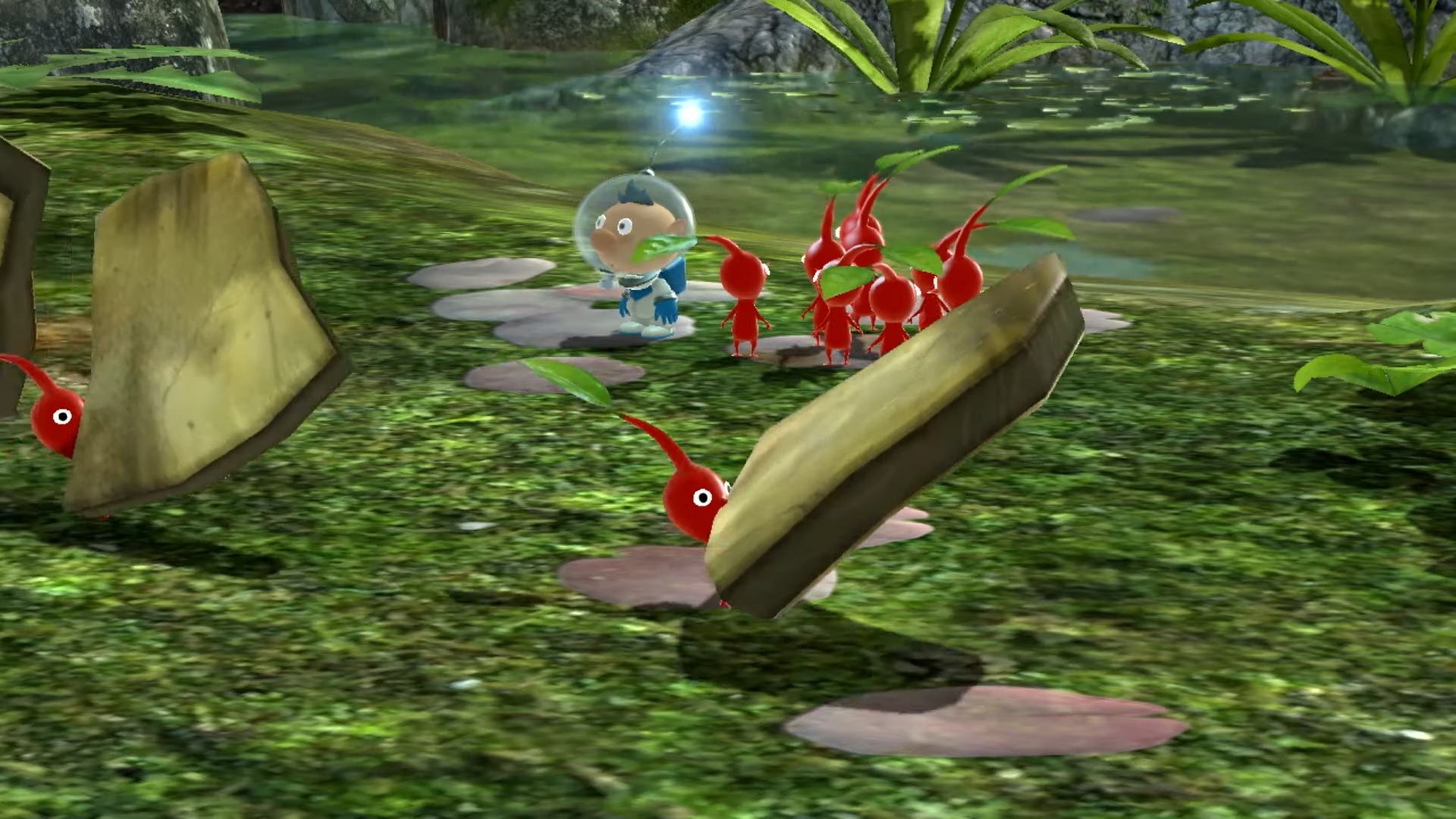 Pikmin 3 is about to return this month on the Nintendo Switch. To prepare, a new Pikmin 3 Deluxe trailer appeared to help explain exactly what Pikmin are. Formatted like a sort of educational wildlife feature, it focused on the general creatures themselves, rather than focusing on the specific sorts of Pikmin out there.

This Pikmin 3 Deluxe video starts with a general summary, which also offered a look at the different varieties lined up together. Then, it went on to show them in the wild and working alongside Alph. We see how they grow from bases, carry items, help build bridges, and manage barriers.

As a reminder, there will soon be another way to watch more Pikmin online, aside from Pikmin 3 Deluxe trailers. Nintendo announced it will be delisting Pikmin Short Movies 3D and HD from the eShop on October 8, 2020. It will then upload the three shorts, which Shigeru Miyamoto worked on, to its YouTube channel.

Pikmin 3 Deluxe will come to the Nintendo Switch on October 30, 2020. It adds local co-op for the campaign and a new prologue and epilogue. Pikmin 3 for the Nintendo Wii U both digitally and physically, though its eShop version did temporarily disappear for a time.