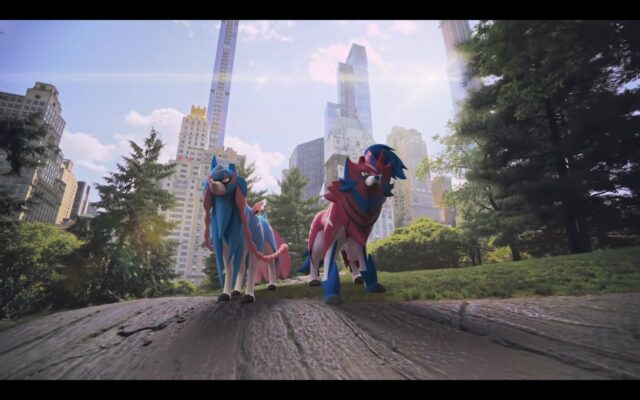 On August 1, 2021, Niantic announced that Pokemon GO Poke Stop and Gym interaction distance would return to normal in New Zealand and the United States. Rather than 80 meters, the pandemic distance implemented to encourage social distancing and safety, it would be returned to the pre-pandemic 40 meters. Players responded with a Pokemon GO boycott on August 5, 2021. Niantic responded not with a return to 80km to accommodate safety concerns, but by forming a task force to investigate and make a decision on September 1, 2021.

Pokemon GO players started the boycott in response to rising COVID-19 case numbers and the emergence of variants like Delta. They cited concerns about being clustered in groups around businesses to use any Pokemon GO Poke Stops and Gyms. Niantic, in response, dismissed the claims. It pointed that the company’s goal involves “encouraging people to explore, exercise and safely play together in person.” It also said it rolled back to 40 meters because “we want people to connect to real places in the real world, and to visit places that are worth exploring.” As a reminder, Niantic implemented Poke Stops and Gyms at retail locations like Starbucks.

As for the Niantic task force created in response to the Pokemon GO boycott and Poke Stop and Gym interaction distance reduction, it is going to look at both the company’s “mission” and players’ “specific concerns.” However, instead of reducing the distance in the meantime, it will remain at 40 meters until a decision is made on September 1, 2021.

We appreciate your letter and all of your feedback. We hear you. We are humbled by your response. Not every game has such a passionate, global player base that we’re fortunate enough to have.

Like everyone else around the world, our team has been working very hard to adapt to the global health environment. The recent Exploration Bonus changes we’ve made in the U.S. and New Zealand are designed to restore some of the foundational elements players enjoyed prior to 2020, and reward players once again for moving and exploring. Encouraging people to explore, exercise and safely play together in person remains Niantic’s mission.

The health and wellbeing of players is our top priority, which is why we have implemented the new Exploration Bonuses in select geographies where it is deemed safe to be outdoors. Research has shown that taking walks outside is safe and confers several health benefits. Furthermore, encouraging outdoor exploration is in keeping with Niantic’s mission. That said, we will continue to monitor health and safety guidance related to outdoor activities, and will make future changes if necessary.

We have heard your feedback about one change in particular – that of the PokéStop and Gym interaction distance. We reverted the interaction distance from 80 meters back to the original 40 meters starting in the U.S. and New Zealand because we want people to connect to real places in the real world, and to visit places that are worth exploring.

However, we have heard your input loud and clear and so to address the concerns you have raised, we are taking the following actions: We are assembling an internal cross-functional team to develop proposals designed to preserve our mission of inspiring people to explore the world together, while also addressing specific concerns that have been raised regarding interaction distance. We will share the findings of this task force by the next in game season change (September 1). As part of this process, we will also be reaching out to community leaders in the coming days to join us in this dialogue.

Our goal is to build fun and engaging experiences that remain true to our mission, and we thank you for challenging us with thoughtful and constructive feedback.

Pokemon GO is available on Android and Apple iOS devices. This all comes as Niantic is about to add Galar Pokemon to the game.