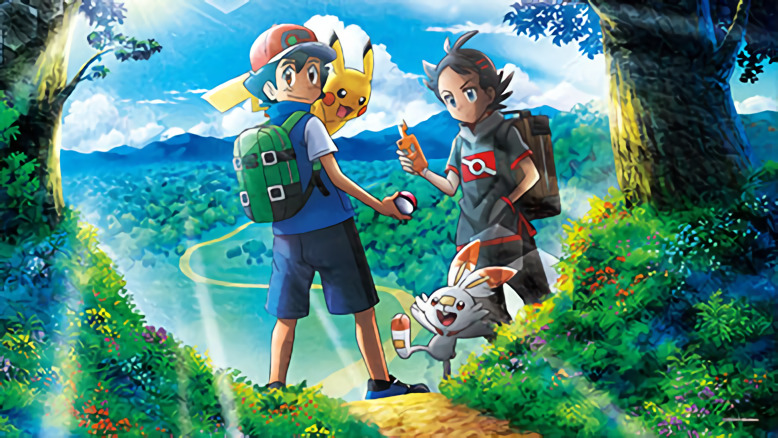 It’s time for more Pokemon Netflix adventures. The companies have announced when the next anime run will appear. The Pokemon Journeys Netflix streaming debut is set for June 12, 2020. That’s when the seventh anime series, which launched in November 2019 in Japan, will go worldwide.

The first trailer for the Pokemon Journeys Netflix debut has been released. It begins by showing off Ash, Pikachu, Professor Oak, and a number of creatures that should all be familiar to people. From there, we get to meet the new professor, Professor Cerise, who works in Vermilion City’s Cerise Laboratory. Ash and Goh, his new companion, are tasked with becoming Cerise’s research assistants. This means they’ll visit every Pokemon region together as Ash tries to become a Pokemon Master and Goh chases after Mew.

This twenty-third Pokemon anime season will begin with a 12 episode run. After that, 12 more episodes will be added every three months as the show runs. This means episodes 13 through 24 should launch in September 2020.

Pokemon anime series and movies have a track record of showing up on Netflix. For example, in February 2020, Pokemon: Mewtwo Strikes Back—Evolution showed up on the streaming service. Pokemon the Movie: I Choose You! is there too. As far as the anime series go, Pokemon Indigo League and Pokemon the Series: Sun and Moon are both there.

The first 12 Pokemon Journeys Netflix episodes will appear on June 12, 2020.