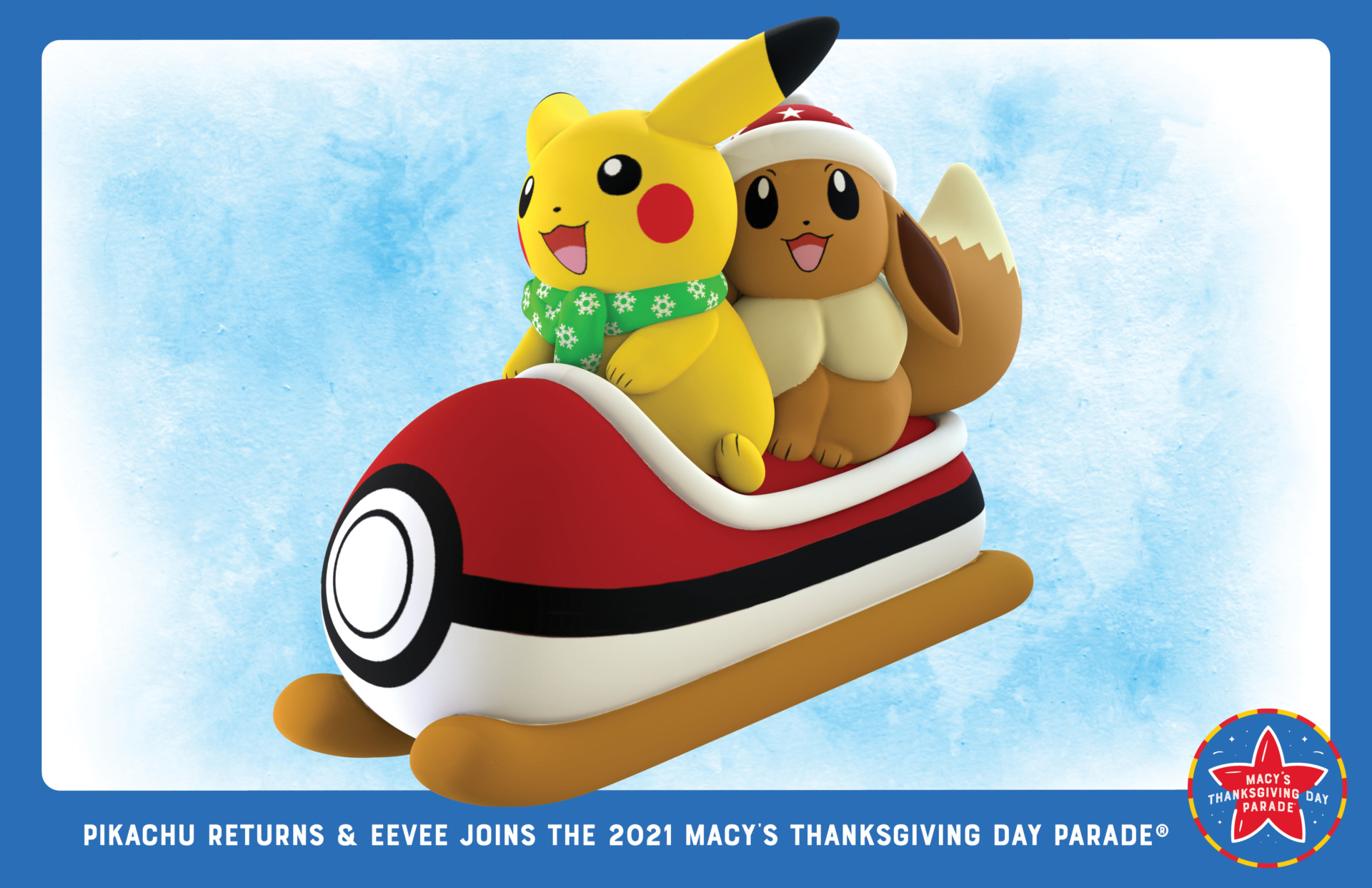 Once again, Pikachu will return for a Pokemon balloon at the 2021 Macy’s Thanksgiving Day Parade. However, this year there won’t only be one Pokemon there. The Pokemon Company International shared a peek at this year’s design. Rather than just Pikachu, Eevee is along for the ride too.

This is rather literally. For the 2021 Macy’s Thanksgiving Day Parade, the Pokemon balloon will feature both characters on a sled. The sled has a Poke Ball design. Pikachu will wear a scarf and be “driving” it. Eevee will wear a matching hat and sit behind Pikachu. The official site noted that “every blade on the sleigh is about the same length as a semi-trailer truck.” It also said it will be 34 feet tall, 48 feet wide, and 23 feet long.

In 2020, the Pokemon balloon that appeared during the Macy’s Thanksgiving Day Parade only featured Pikachu. The character still wore a green scarf for the event. However, that time it appeared with a small Pikachu snowman. The design made it seem like the Pikachu had built it.

The Macy’s Thanksgiving Day Parade will be held in New York City on November 25, 2021.