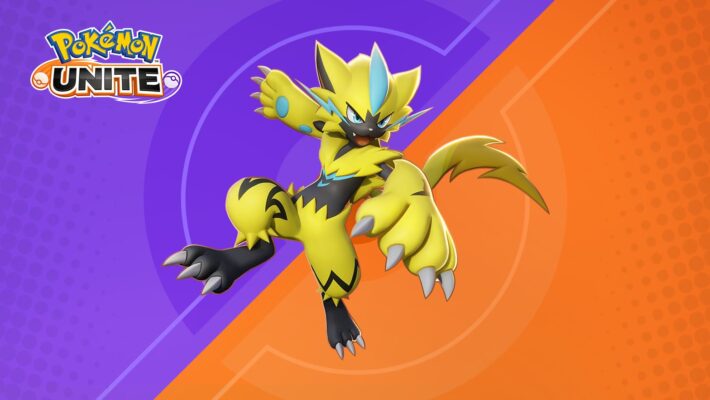 The Nintendo Switch version of Pokemon Unite not only got a release date, but a Zeraora promotional event too. On July 21, 2021, the MOBA will head to the console. People who download the free to play game at launch will also get Zeraora as a playable character.

Getting Zeraora in Pokemon Unite will be pretty easy. All someone will need to do is download the game on the system and start the game once. When you do, you’ll get a Zeraora’s Unite License. In game, to use certain Pokemon as your playable character, you have to have a Unite License for them. You could then use it in a 5v5 battle.

The official site offered a little bit of information about how Zeraora will work in Pokemon Unite. It’s an electric-type, so people can count on it for those sorts of attacks. It will also apparently have an electric AOE Unite Move.

There’s a new trailer to go along with the news too.

⚡️ Get Zeraora just for logging in before August 31!

The Pokemon Unite Switch release date is July 21, 2021, and people can claim Zeraora in-game by opening it once by August 31, 2021. The Android and Apple iOS versions will launch in September 2021. The game will support cross-play and cross-saves.