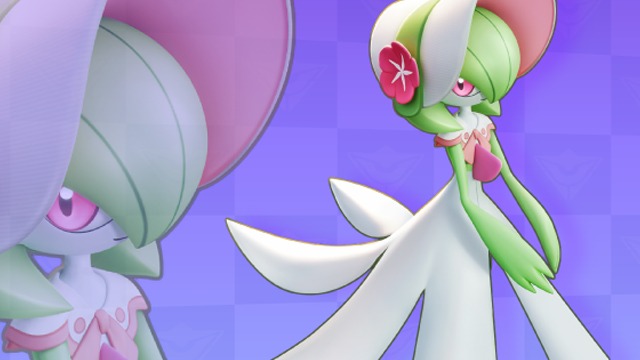 The official Pokemon Unite Japanese Twitter account has revealed that Gardevoir will be added to the roster of  the game sometime on July 28, 2021. Gardevoir is the first new Pokemon to be added to the roster outside of its initial release lineup. The inclusion of this Pokemon was first revealed through leaks that players discovered through the beta of Pokemon Unite. However, players can officially obtain Gardevoir very soon. [Thanks, 4Gamer!]

Additionally, the Pokemon Unite Japanese Twitter account shared a demonstration video for Gardevoir. This video provides a look at Gardevoir’s Unite move, along with its basic abilities. Gardevoir will arrive as a Ranged Attacker, which makes it more vulnerable than other Pokemon like Snorlax or Slowpoke.

Players will be able to obtain Gardevoir for 8,000 Aeos Coins or 460 Aeos Gems through the in-game shop. More than a handful of Pokemon are currently available to play in Pokemon Unite, including Gengar, Talonflame, Wigglytuff, and Pikachu. Several of these Pokemon are available to obtain entirely for free simply by playing the game or completing challenges. Players can currently obtain Zeraora entirely for free through a special login campaign that will last until August 31, 2021.

Pokemon Unite is immediately available for the Nintendo Switch. An Android and iOS version will appear in September 2021.