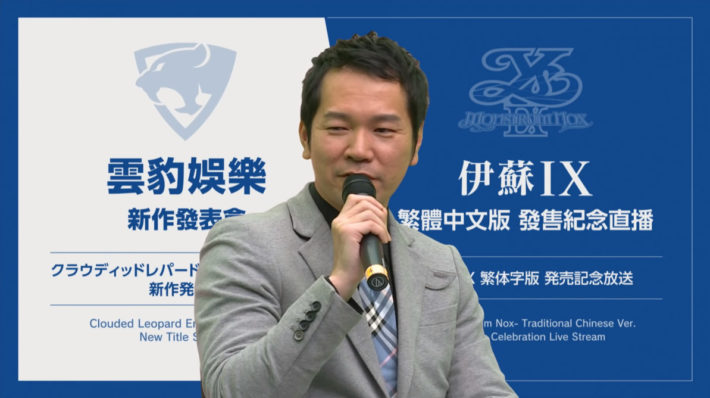 During Taiwanese publisher Clouded Leopard’s livestream yesterday, livestream guest Falcom president Toshihiro Kondo revealed that preparations are underway for the next game, although it’s still unsure what that game will be.

Here’s the full statement from Kondo translated below:

“The Ys team is has already begun moving towards making the next Ys, although whether that will be X or a remake of a past game, I cannot say here. My staff are putting pressure on me, saying, “It’s Ys‘ 35th anniversary in 2 years”, so I’d like to work hard so that we can reveal it as soon as possible.”

Clouded Leopard also announced a whole bunch of other Asian localizations, and you can catch up on them, including an English localization of Onechanbara Origin, in our previous post here.

The next Ys project is in development.