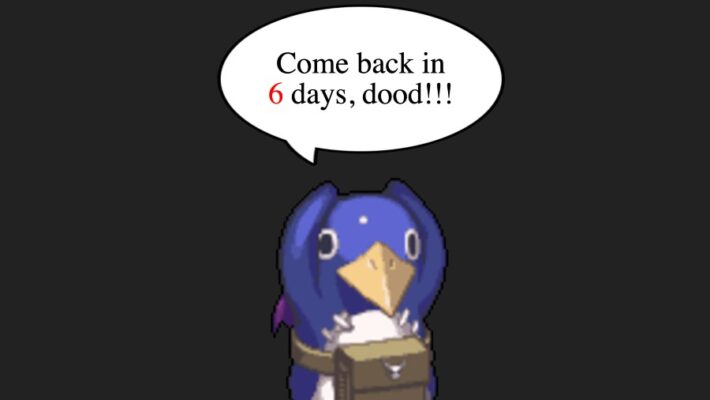 It seems NIS America is planning another collection of classic RPGs. People online discovered a Prinny Presents NIS Classics Vol. 2 website. People changed part of the address for the first installment’s page, which led to a new site with a countdown. On September 8, 2021, it will expire. [Thanks, Desma on Resetera and Stealth!]

The teaser site doesn’t offer any hints as to what could be in Prinny Presents NIS Classics Vol. 2. It only features the Disgaea series and NIS Prinny mascot spinning.

To remind everyone, the first Prinny Presents NIS Classics Vol. 1 debuted at the end of August 2021. It bundled together Phantom Brave: The Hermuda Triangle Remastered and Soul Nomad & the World Eaters. Both are strategic RPGs that originated on the PlayStation 2. As noted in Siliconera’s feature on the collection, a second compilation could follow a similar pattern and include PS2 strategy games like Makai Kingdom and La Pucelle: Tactics. If PS1 games or PSP titles could be considered, titles like Rhapsody: A Musical Adventure or Z.H.P. Unlosing Ranger VS Darkdeath Evilman might also be possibilities.