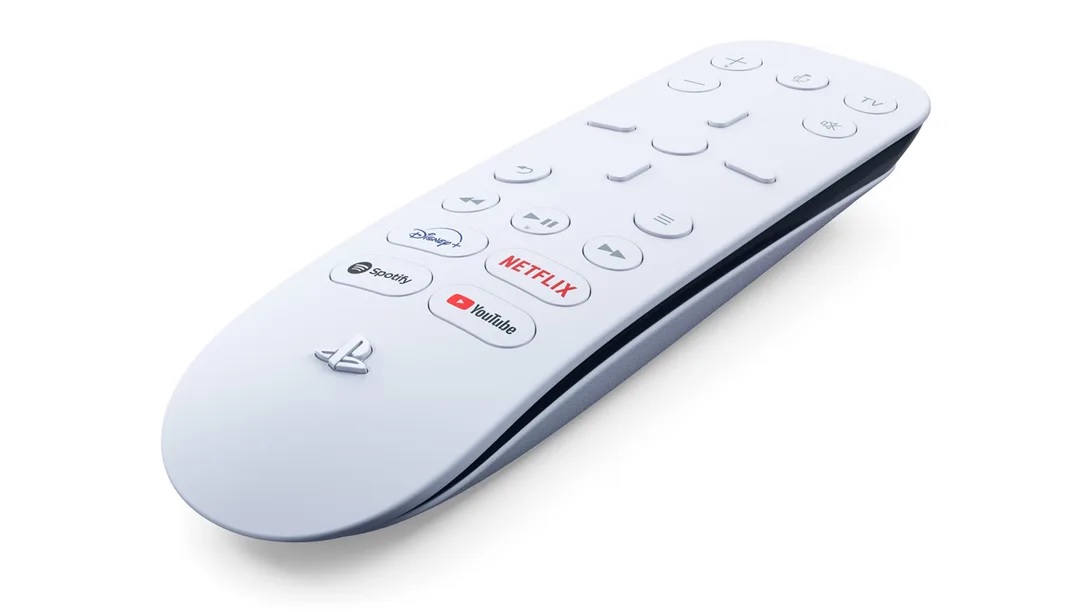 We already have some idea of what we will be playing when the PlayStation 5 launches. Now, we know what we will be watching too. Sony announced on the PlayStation Blog some of the different streaming and media apps that will be available on the system right away. As you might expect, PS5 YouTube, Spotify, Netflix, and Disney+ apps will be available right at launch. There will even have their own remote buttons.

There will actually be six apps available in the Home menu’s Media space day one on the PS5. Right away, people will be able to have Apple TV, Disney+, Netflix, Spotify, Twitch, and YouTube available to them. Spotify can even be used as in-game background music again.

However, some of them get a little extra special treatment. Sony’s announcement included a full reveal of the PS5 media remote. When we got our first look at it, there were four blank buttons at the bottom. Now, we know which services earned spots there. The PS5 YouTube, Spotify, Netflix, and Disney+ apps can all be opened with a single tap on the remote.

Sony also noted that a few other apps will be on the system. However, the wording in the PlayStation Blog make it sound as though they might not immediately be available after you unbox your system. But eventually, Amazon Prime Video, Hulu, MyCanal, and Peacock apps will also be available under Media.

The PlayStation 5 will be available in Australia, Japan, North America, and South Korea on November 12, 2020. It will appear everywhere else on November 19, 2020.