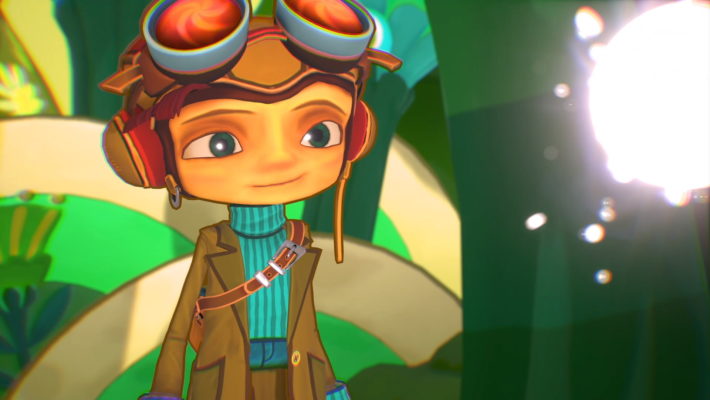 Double Fine and Microsoft showed off Psychonauts 2 during the July 2020 Xbox Games Showcase. They showed off new gameplay set to a Jack Black theme song that will appear in the game.

Check out the trailer:

In the video, viewers can take a deep dive alongside Raz into a mysterious brain found floating inside a jar. The world inside is cartoonish one. Raz is able to explore and fight off enemies, like an eyeball creature, which seems to be infesting this person’s brain. In one part of the trailer, Raz seems to gain the ability to slow down time, which he uses to his advantage by slowing down platforms and enemies.

Psychonauts 2 was announced back in 2015 and supported via a Fig crowdfunding campaign. It ended up crossing $3.3 million dollars earned during the effort. Since then, we haven’t seen too much from the project, though Double Fine offered a look at Raz’s family. There was also a gameplay trailer shared in 2019, which was shown off after Double Fine Studios was purchased by Microsoft Game Studios.

Psychonauts 2 began as a project for the PlayStation 4, Xbox One, and PC and will be released in 2021. It will be optimized for Xbox Series X as well. The game will also be playable day one via Xbox Game Pass.