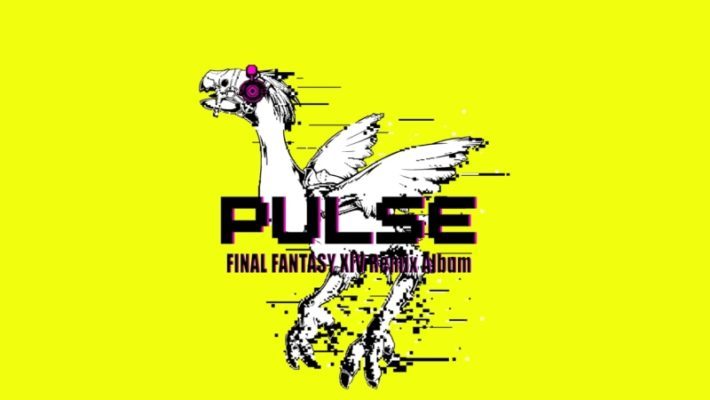 Pulse: Final Fantasy XIV Remix Album is full of surprises for an album so aptly named. In simplest terms, it’s a collection of popular songs from Final Fantasy XIV that have been remixed into a variety of genres with fun names like Future Bass, Techno Pop and Electro Swing — genres that are hard to define if you’re not already familiar with a wide gamut of electronic music. But familiar or not, it’s still Final Fantasy, which is a franchise partially known for its high-quality music. Rock bands and orchestras can tour playing music from the series. Online, DJs can entertain crowds with its beloved songs. Here we have the beloved songs reimagined by composers who worked on the game. People like Takafumi Imamura and Daiki Ishikawa from the Final Fantasy XIV: Shadowbringers soundtrack with additional contributions from the MMORPG’s sound director, Masayoshi Soken.

A project like this can parse as a blessing or a curse, depending upon who you ask. These songs are treasured by people who have heard them over and over during their adventures through the virtual world of Eorzea. They evoke powerful memories and emotions from times spent with friends. And some people just don’t like covers, preferring to stick with the original. Others hate this style. I don’t think that will be the most common way of receiving this album, though. For me, Pulse: Final Fantasy XIV Remix Album is a technically impressive composition that allows me to re-experience songs that I’ve heard anywhere from a dozen to hundreds of times, depending on how poorly certain boss fights went in my time with the source material. It de-familiarizes me from songs that began to drone in the background of battles, reminding me what I loved about them in the first place.

The album, suitably, contains fourteen tracks, and each of them feels like it was created with a mind for the original song’s subject matter rather than an ear for what sounds cool. This isn’t to say that the songs don’t sound cool, though. Many are phenomenal, and the first song sets the bar high for the thirteen that follow. It also evokes the very idea of the word “pulse.”

The track is called “Rise” and features a strong, driving beat that forms a foundation for the building synth track and effective but loosely scattered vocals. It’s easy to imagine its place in the boss fight against Alexander, even if it doesn’t contain the blaring alarms or metal feel of the original. It comes across as more exciting, but that could just be a matter of novelty.

Other tracks had similar effects on me and, while it’s possible to enjoy the songs in a vacuum, I couldn’t help but critique the songs from within Final Fantasy XIV’s framework. “What Angel Wakes Me” is a song that plays during a fight in a garden against a fairy creature named Titania. The electronic nature of the remix seems to facilitate a larger pallet of sounds, which sort of lends itself to a mischievous chaos that fits the character. The chaos also clears out from time to time, allowing the vocal melody to shine, almost like a fairy court bowing to its queen. Is that sentiment a bit overwrought? Absolutely but that’s what I thought when I was listening to it and I didn’t choose to have that thought. It was conjured. But if you want an simpler distillation of the track, I’ll say this: it’s an electronic song that slaps despite, or because of, an inclusion of “fa-la-las.”

Shiva’s theme song, “Oblivion,” takes on an entirely new feel through its portrayal on this album. It is normally a melodic rock song with some exciting pop sensibilities. Here it is rendered as a murky and dissonant affair constructed from jagged piano chords and an agonized vocal track buried underneath. I took for granted that the lyrics of the original begin with “staring at death, I take a breath, there’s nothing left. Now close my eyes, for one last time, and say goodbye,” because of the melody. The lyrics here are the same, except now I know what it would sound like to be stalked through a dark and chilling nightmare by Shiva’s tortured ghost. If you’ve seen the character’s full story, it’s worth listening to the remix.

I also enjoyed the remix of “’Neath Dark Waters.” The original is somber feeling, and pairs well with the moment you first hear it in the Shadowbringers story. It is the theme song of a fallen city, and the innate melancholia is logical. That song is part of what made me love that particular area in the game. Here, the song is similar to the original, except it’s a light and breezy take, laden with hope. The original fits the game, but the remix would be perfect for the city were it to be experienced in better days.

The album retells the game’s biggest stories from different perspectives. Or with interesting twists. Sometimes, though, the remixes are little more than tonal changes. The Pulse version of “I am the Sea” is something you can chill to. It’s joyous, and I couldn’t help but think of a calming sun shower. The original, however, is the sort of thing you listen to if you want to get hyped. It’s a royal-sounding composition that swells with positive emotion. It’s triumphant, heroic, and very heavy in the bagpipe department. Both are great to listen to, but the remix didn’t make me reconsider what it means to virtually stand in Limsa Lominsa, where the song primarily plays. That isn’t a mark against it. If anything, it’s a testament to the album, whose weakest points are only seen as such when compared to the soaring heights where the tracks provide new insights into a game I’ve played to death.