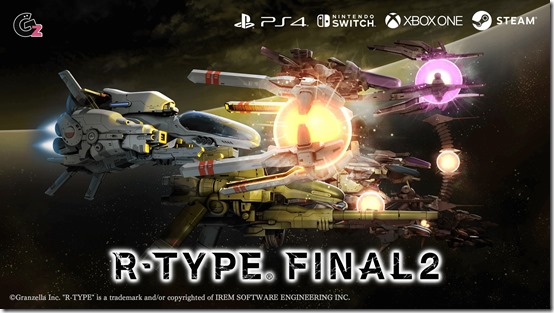 Previously, R-Type Final 2’s Kickstarter crowdfunding was held in June for only a week’s time, leading to complaints that the campaign was over before people even realized it. Now, a second crowdfunding campaign has begun to make up for it.

Granzella released a message for the players on the website, which you can read below:

We would like to take this opportunity to express our sincere gratitude for your continued support for “R-Type Final 2“. Also, we thank you for supporting the Kickstarter campaign we ran in June 2019. Thanks to many backers, we were successfully funded and achieved the goal.

Therefore we decided to run an additional crowdfunding campaign for one month starting from October 1 (Japan Time) onwards. Once again, we are sorry that it took time for us to decide on launching an additional campaign. We look forward to your continued support and cooperation for “R-Type Final 2”.

Here’s the starting and end times for the second campaign below:

Finally, Granzella released an official video for the playable version of the game that featured at TGS 2019:

R-Type Final 2 is in development for Nintendo Switch, PlayStation 4, Xbox One, and PC.