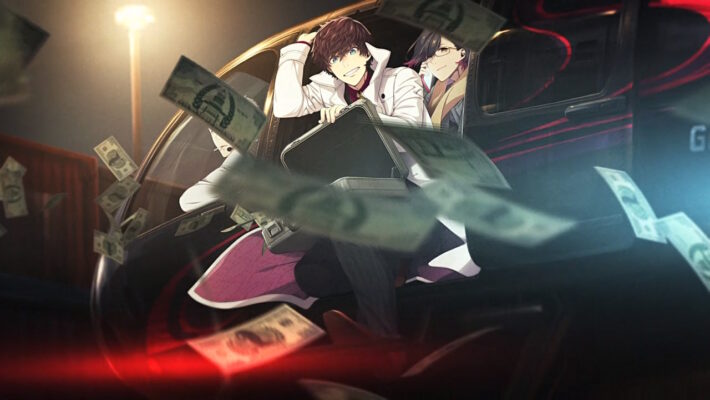 When a girl has the ability to go back in time a few hours and she actually uses her powers for good, naturally this means she’s going to be thrown in a situation with five hot guys. I don’t know what else to expect when you have that kind of ability. This situation entails murder, espionage, the black market, human trafficking, and general psychopathy. It’s a perfect situation for finding love in all the wrong places, such as with said five hot guys who don’t seem like they’d go together outside an otome game. Which, in of itself, is part of the charm of the genre–the ridiculousness the heroine often finds herself in. Obviously this is part of an otome’s charm, but Bustafellows takes it one step further. Any otome can throw five guys and a girl together, but not every otome follows through with a good, connecting story that makes the player want to play through every route. In addition, not every otome creates five personalities who are all lovable. Bustafellows incorporates both for mysteries and love stories that will keep players glued to their Switches.

When the heroine, Bridges, goes back in time, she ends up in someone else’s body, a la Quantum Leap. Unlike that TV show, however, she can only stay in that person’s body for a few minutes. She has just enough time to try to change the present before going back. The beauty of these moments is that how she tries to prevent the bad thing from happening comes in a player choice. Sometimes that choice leads to a bad ending. Sometimes it grossly affects the person whom Bridges leaped into. For example, at one point she leaped into a janitor at a motel. Both choices led to saving the person, but one of the choices gets the janitor fired. Sure, someone getting fired isn’t nearly as bad as someone getting murdered, but your choice affects everyone around you. Nothing is as simple as saving someone, and it’s important to remember that all decisions have a ripple effect. 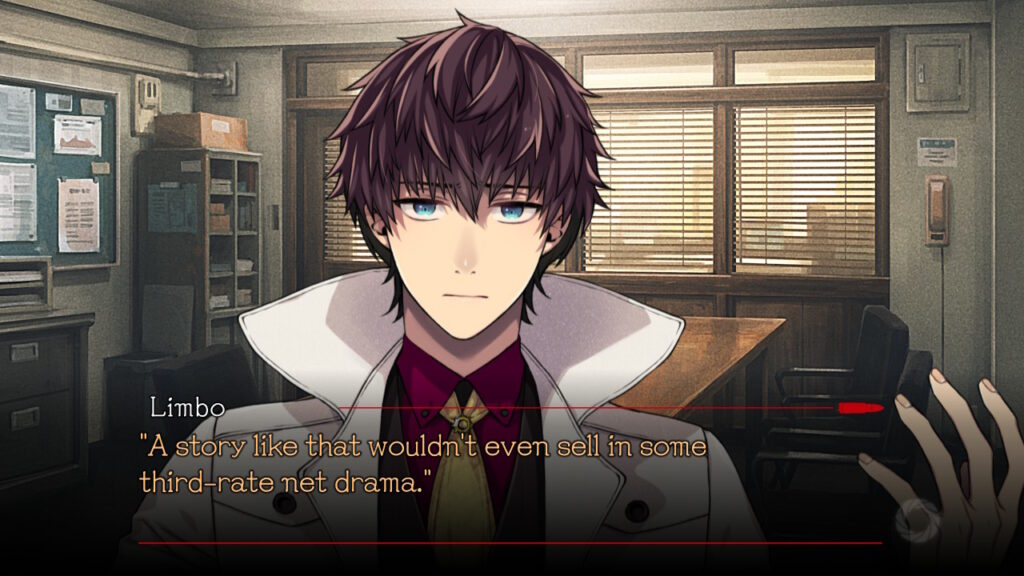 Hey Quantum Leap was not a third-rate drama! It was second-rate.

The overall story is massive, with so many moving parts. Of course, as otome visual novels typically go, the only way to see each piece of the puzzle all the way through is to complete all of the routes available. For example, Bridges, who is a freelance reporter, interviews an inmate about her connection with a seedy organization. Without finishing all of the routes and picking up each piece of that puzzle, her story goes unfinished. Bridges never solves that mystery without full route completion.

That’s the typical formula for an otome, but it can also lead to one of the biggest problems with the genre. Most of these games have at least one suitor the player strongly dislikes. For example, in Piofiore, I had an extremely hard time getting through Yang’s route. It was a particularly difficult storyline to successfully complete, but my main issue was how unlikeable the character was. There’s often a case of one love interest who is overly pushy and forceful with the player character. Bustafellows, thankfully, doesn’t have either of these issues.

The five suitors include Limbo Fitzergerald, the cool leader and “crooked” lawyer; Scarecrow, the awkward yet brilliant hacker; Shu, the aloof hitman; Mozu, the quiet and odd coroner; and last but not least, Helvetica the plastic surgeon who is way too sexy for his shirt. Each of them has their own backstory full of mystery and intrigue that taps into the main story. These little teases across the routes further entices players to want to see how they all fit together. This random little band is a vigilante group that orchestrates their version of justice in the background, but it’s not completely for altruistic reasons. How much profit they can garner from each mission factors highly into their motivations. It does make sense that they’d find a reporter who can go back in time useful for their purposes.

The complete story is one of the best I’ve come across in an otome, and I enjoyed almost every second of it. 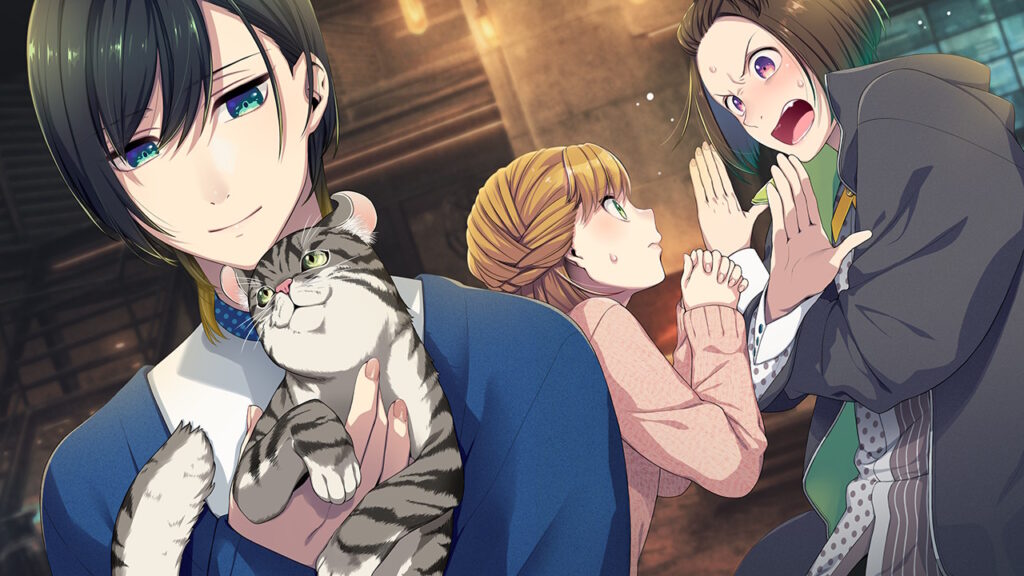 What didn’t I enjoy? Well, I’m very disappointed in the spelling and grammar in the dialogue. I’m used to this happening, but I’m always hopeful for that one otome that will be almost perfect. At the very least, have the characters names spelled the same across the entire game. Bridges’ brother was mentioned frequently, but his name went back and forth between “Zora” and “Zola.” The newspaper article about him spelled it as “Zora,” but the dialogue never kept it consistent.

In addition, it would have been nice if some of the dialogue was translated at all. Only the dedicated conversation boxes were translated, but there were numerous instances where the characters would talk with no text boxes. These conversations were, of course, not crucial to the story, but at the same time, native Japanese speakers would be able to understand what they were saying without the boxes. I always hated it when co-workers would break into Spanish so I couldn’t understand what they were saying, and this felt so similar. I know it’s not the same, but it’s hard not to feel a little left out.

But since those are really the only negatives in Bustafellows, neither takes away from the overall enjoyment of the game. If you’re an otome fan, you most likely will already have pre-ordered a copy, and you will not regret your purchase. For those on the fence, I can’t recommend it enough. 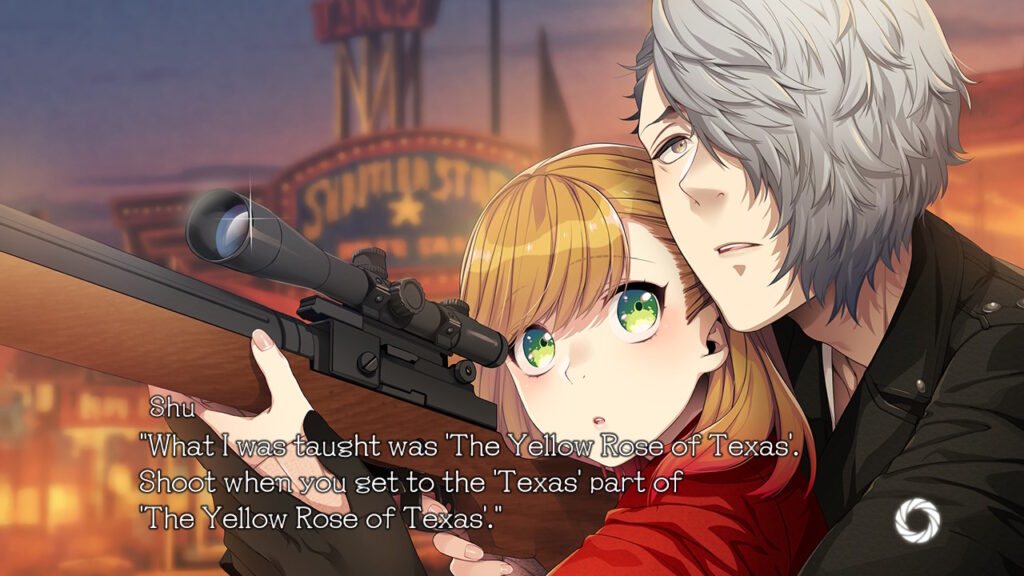 Only a little insulted as a Texan

Bustafellows is available for the Nintendo Switch and PC.