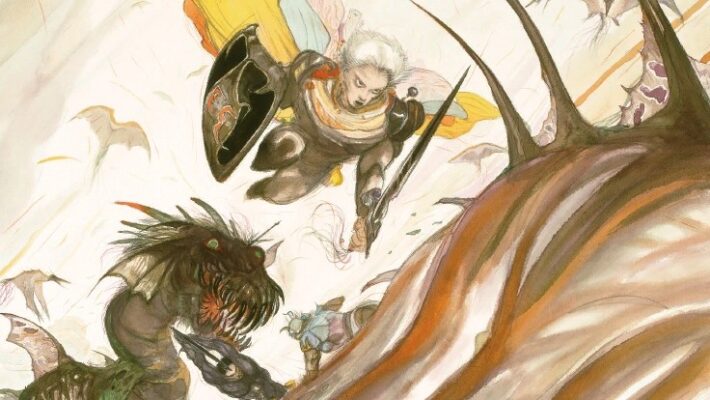 It’s an odd thing, approaching a game you’ve played twice before in various forms. Especially when the versions you’ve approached weren’t the original Famicom release. But here we are with Final Fantasy II Pixel Remaster. We’re in a situation yet again where a good, classic JRPG, well… remains good! But maybe this time, it’s slightly prettier and in a position where even more people might play it. (Which is hard to imagine, I’m sure, but bear with me.)

The Palamecian Emperor is attempting to bend the world to his will. And he’s succeeding, too. As the game begins, Firion, Maria, Mario’s brother Leon, and Guy are fleeing from their hometown as it is being destroyed. Enemy soldiers hunt them down, separating them. Princess Hilda of Fynn and her rebel forces rescue and heal Firion, Maria, and Guy. While initially hesitant to involve them in a war, the three prove themselves by infiltrating her occupied former kingdom, and soon get the opportunity to prove themselves as heroes. 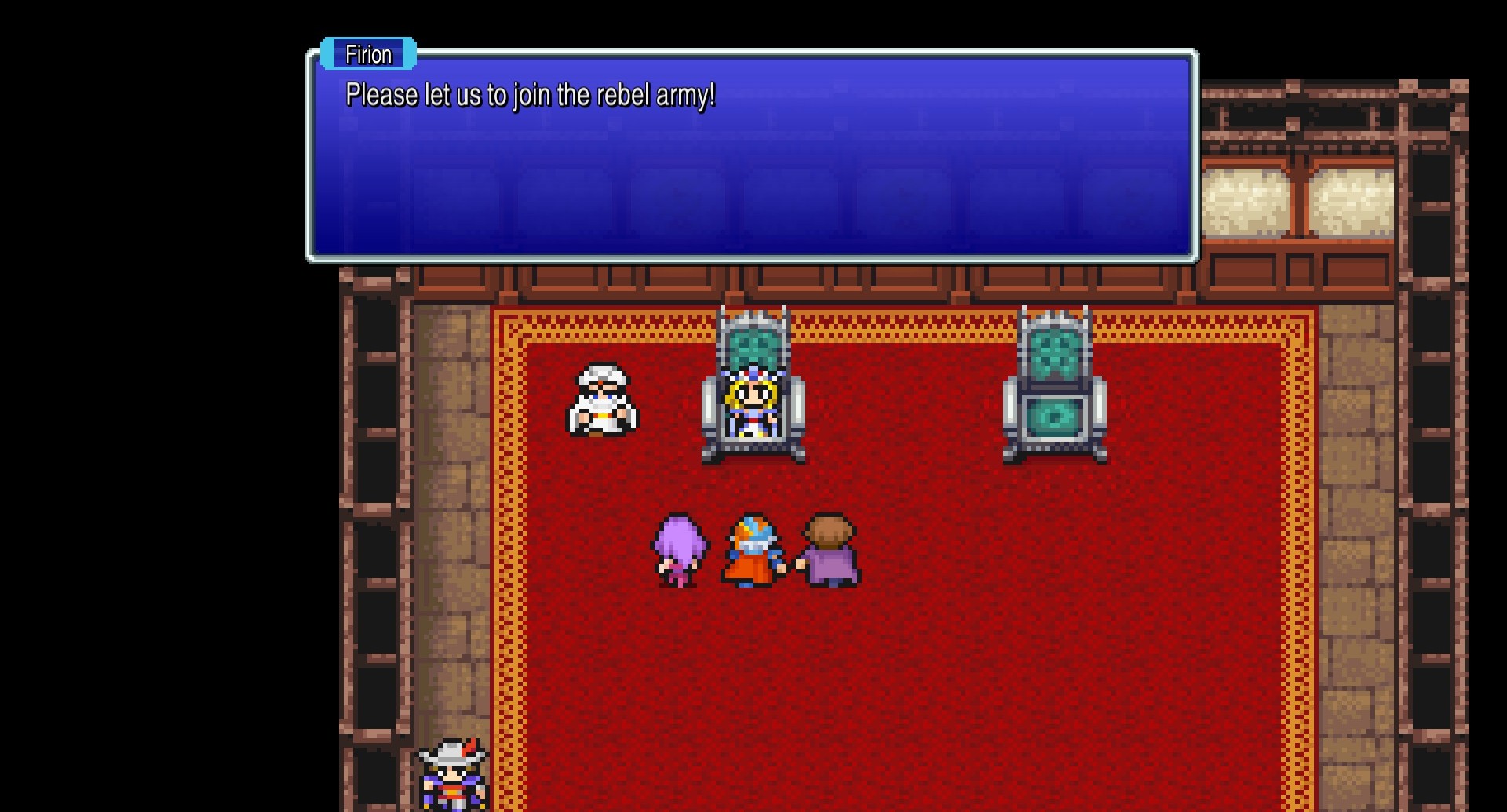 The first thing to note about the Final Fantasy II Pixel Remaster is that it is based upon some of the more recent versions of the game. So it isn’t as though Square Enix took the Famicom original and directly worked off of that. It has enhancements from later entries, like the tutorial room. Which is appreciated, considering this entry can feel like it has more in common with Square Enix’s SaGa series than Final Fantasy proper.

That’s because Final Fantasy II doesn’t have defined classes in the way installments like Final Fantasy and Final Fantasy III do. Rather, your behavior in battle and equipment choices shape character growth during turn-based battles. For example, when you start the game with Maria, she’s wielding a bow. But someone could immediately change her equipment at the first town to alter her build. So in my case this run, I immediately equipped her with two spears and loaded her up with all black magic spells. Likewise, Guy went from the man with an axe and shield to someone fighting with his fists. There are some habits that might not exactly be shaken, like Guy immediately accruing all the HP, but you have freedom.

Which is one of the reasons why, of these first three Final Fantasy Pixel Remaster games, I think Final Fantasy II may have aged the best. It daring to be different when building characters means that element of the game is incredibly engrossing. I theoretically should have done as quick of a run as possible. But I couldn’t, because I got caught up with character customization. Likewise, the decision to collect keywords to trigger certain conversations with characters and advance the plot and use of temporary party members both feel like it is ahead of its time. I feel this installment is when we started to really see the series’ storytelling chops.

Final Fantasy II Pixel Remaster also includes all of the updated features of its siblings. There’s an auto-battle feature, in case you want to save yourself some time. (Perhaps early on when you’re attempting to accrue money, build up HP, and increase proficiency in certain weapon types to boost the number of hits and damage dealt.) You can look through a gallery of concept art. The newly arranged soundtrack is available to listen to from the main menu. You can also check out the bestiary from the main menu. As with Final Fantasy III, I would have appreciated if this was accessible in-game. 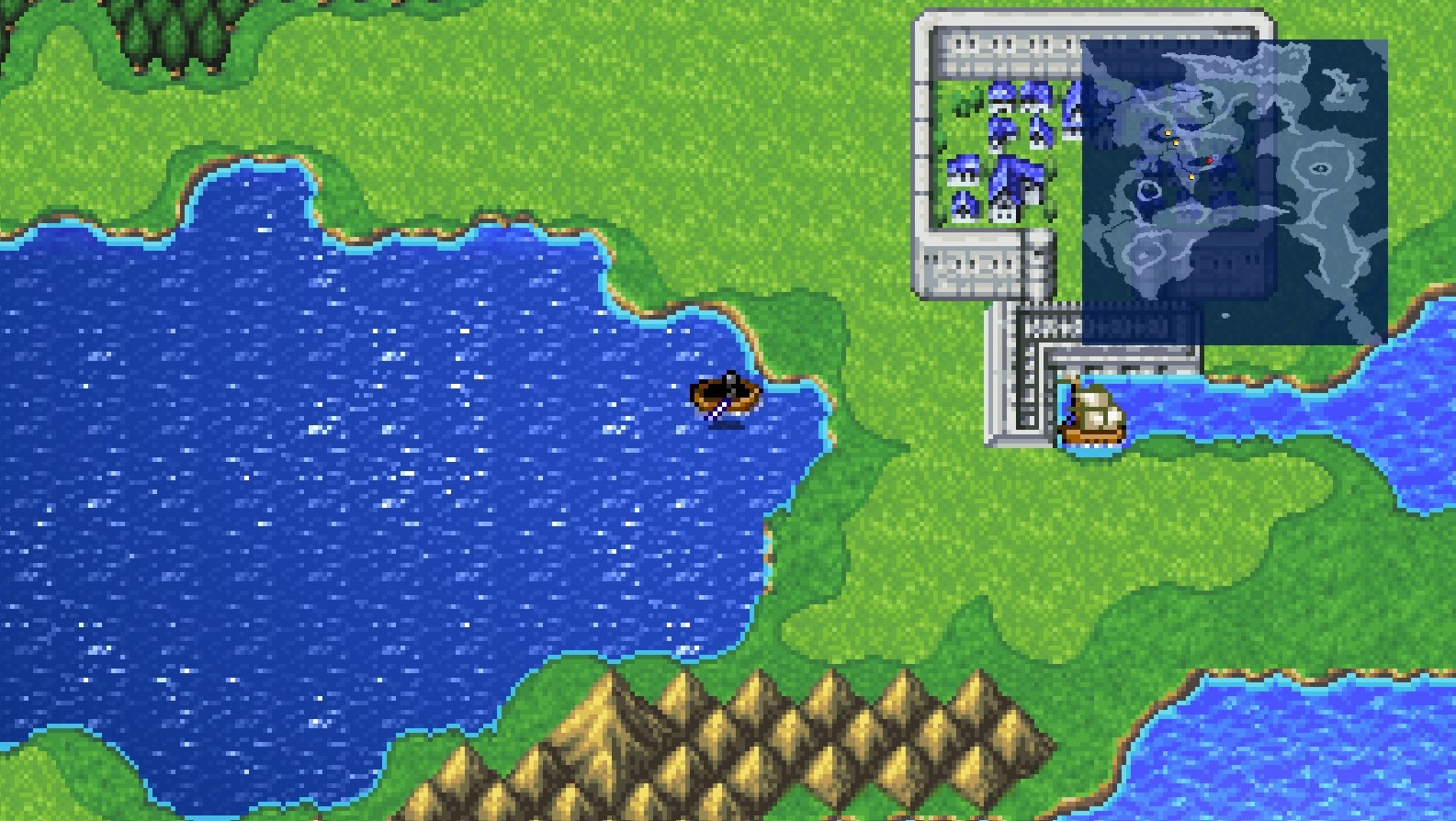 Like its new contemporaries, Final Fantasy II Pixel Remaster suffers from some minor UI issues on PCs. That is, the font for numbers is fine, but suffers for text. There’s awkward spacing here. It isn’t difficult to read, but it’s frustrating as the rest of the game is gorgeous. Like all entries in this series, Square Enix is drawing from the 16-bit approach. But there’s an additional level of detail and depth to the colors that really makes things stand out. Especially when you face enemies or look at party members and major allies. The CRT filter is also handled especially well.

There’s a lot to like about Final Fantasy II Pixel Remaster. It was an entry that dared to be different. Even now, when you look at the series as a whole, it stands out. And with this version, it looks good, runs rather well, and is pretty widely accessible. The as-is font situation isn’t great, but the rest of the game is quite pretty and fun to play. 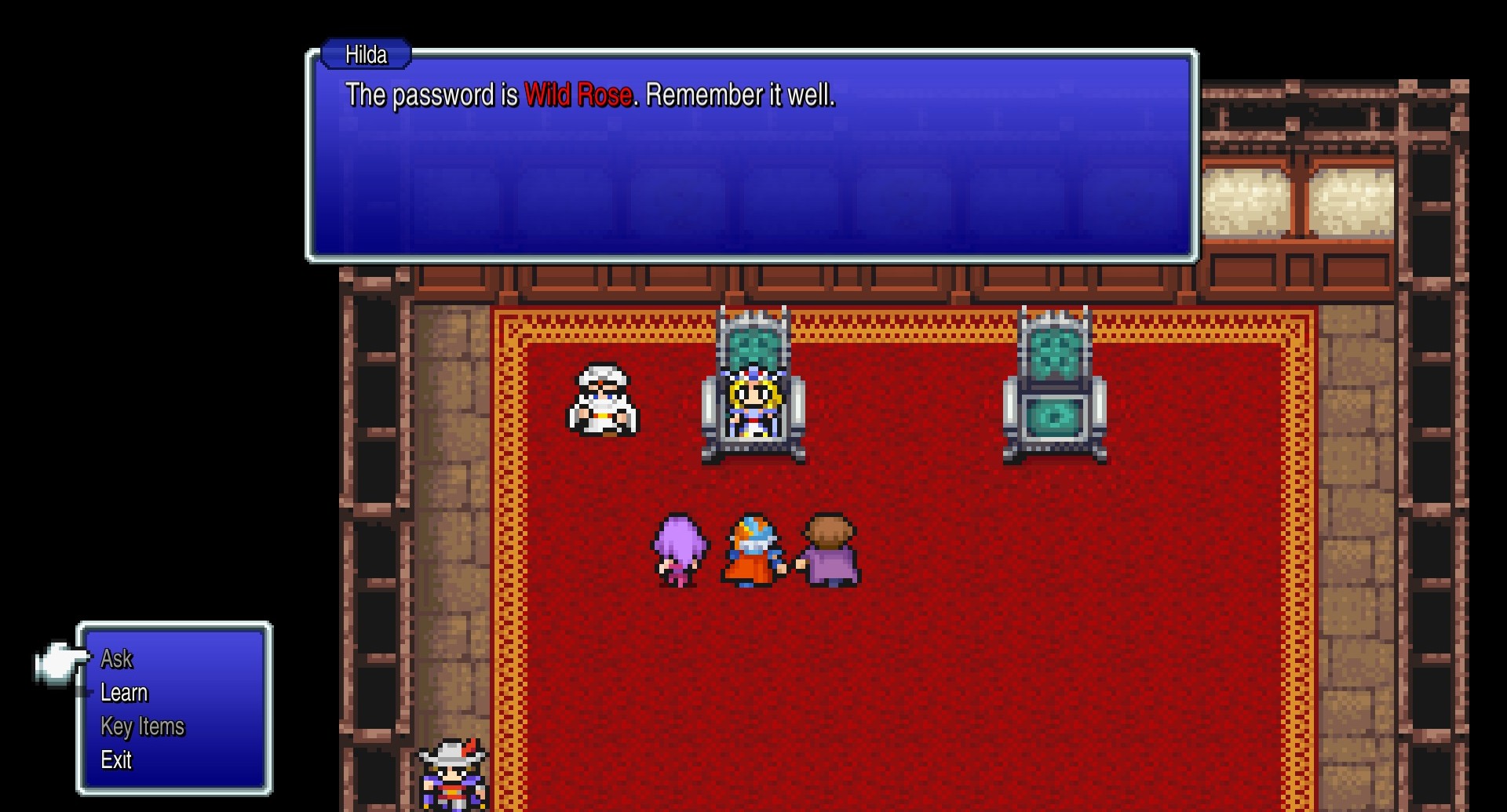 Our epic tale begins with four young souls orphaned during the struggle between the Palamecian Empire and the rebel army. On their journey, the youths join forces with the white wizard Minwu, Prince Gordon of Kashuan, Leila the pirate, and many others. Behold the beautiful and sometimes tragic twists of fate that await you on your adventure. PC version reviewed.
7