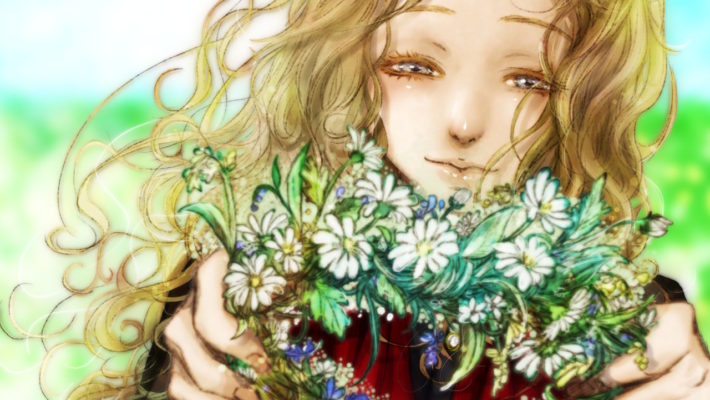 Social deduction games aren’t new. They’ve been around since Mafia in the late 1980s. But in recent years, card games like Werewolf and video games like Among Us introduced the concept to a larger audience. Gnosia, like Raging Loop before it, takes the concept and turns it into a visual novel with stats and skills. There are lots of things it does well. Sometimes, it even feels like it does something new! But some of its decisions can also sends players in circles.

Gnosia is set in the far future. Humans have colonized space. There are intelligent, talking dolphins. You might even meet someone who looks like a traditional “alien.” But things aren’t peaceful. One lifeform, known as Gnos, can infect people (and apparently dolphins). If it does, those people become Gnosia with one goal: eliminate humans. Players create an avatar and are one of only two people apparently aware that time and reality are “looping.” After Setsu gives you a “key” that lets you influence scenarios and keep track of data across loops, they promise to be your ally and work with you to find out the truth. And so, you continually find yourself on a ship of refugees where at least one person is infected. 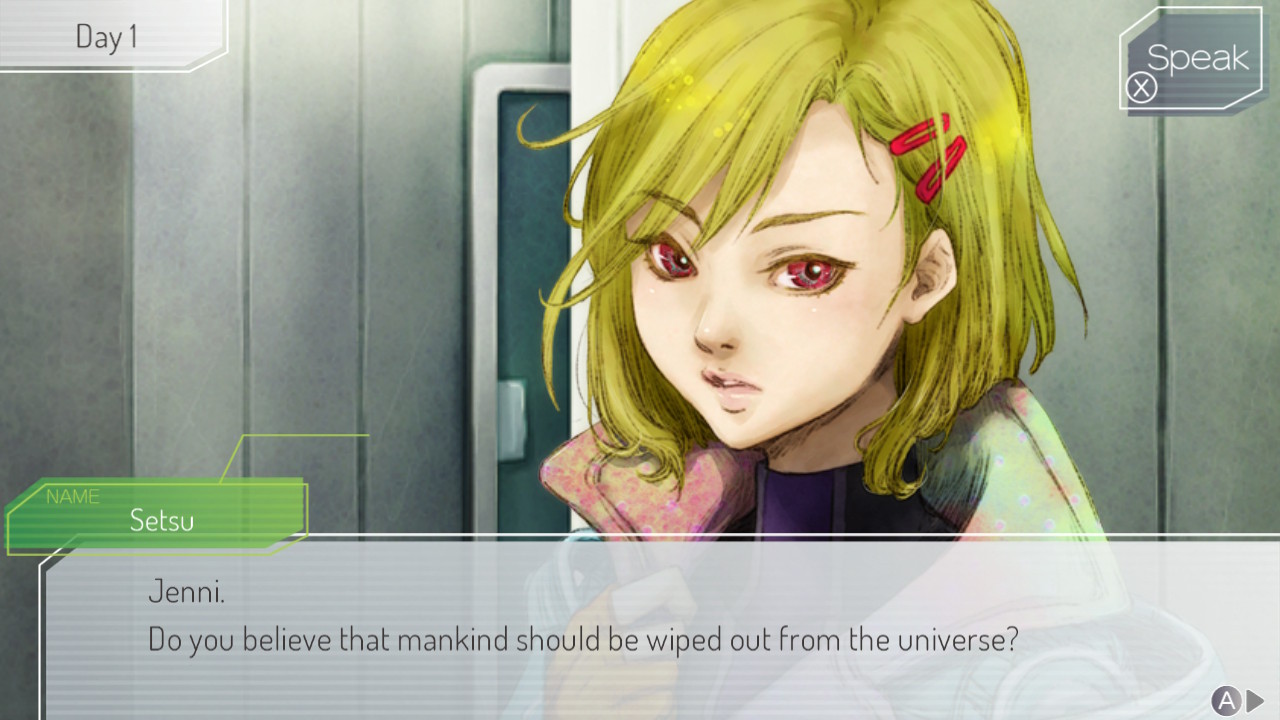 What follows in each of Gnosia’s loops is a take on the Among Us/Mafia/Raging Loop/Werewolf protocol. Each loop begins with a meeting after the spaceship computer, LeVi, discovered Gnosia. After five rounds of talks, the group votes on who will be put into cold sleep. During this point, roles can be revealed, people with certain roles can make reports, accusations and defenses can be made, lies can be spotted, and learned skills can be used. After the vote, you have free time to talk with crew members, see events, and level up stats in your room. There will then be a warp jump and the Gnosia will kill one person if a Guardian Angel doesn’t intervene. The cycle continues until all infected individuals are in cold sleep or the Gnosia win.

After the first few tutorial rounds, players can customize each loop. (Though sometimes, “bugs” can take that control away.) You determine how many people appear (up to 15). You determine how many Gnosia appear (up to six). You choose if certain people, like the engineer or guard duty folks, are available that round. Finally, you also select your own role for that “story.” Which people will actually show up and how the other roles will be divided among them is randomized. 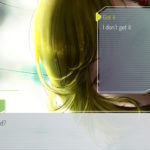 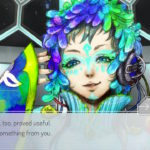 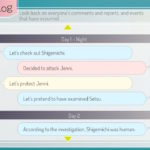 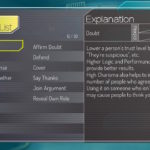 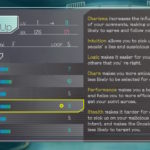 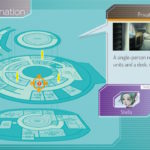 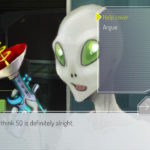 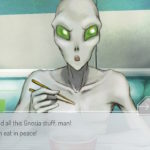 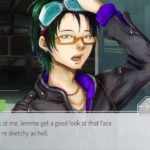 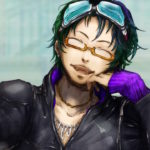 Gnosia is constantly building and growing. When the loops begin, all of your stats are at zero. Meanwhile, everyone’s personalities, some relationships, and stats are set in every loop. This means people like Setsu will always excel in certain areas, while someone like Gina will remain mediocre. It also means the player is limited initially. Drawing too much attention, even if you are defending someone, could make you look suspicious and a candidate for cold sleep. Low stats means you’ll be a bad liar or no one will listen when you know the truth. You also wouldn’t be able to use advanced skills, like definitively pointing out a human. You can’t even access the dialogue backlog if your Logic isn’t high enough to remember conversations.

It also means each loop gets more interesting as you get to know characters’ personalities and skill sets. You learn how to use them or what they’re capable of as allies and enemies. This could mean seeing new events during the free time after meetings and before warps. Though, that isn’t guaranteed. Certain events only unlock if people are in specific roles, the right number of people are there, you make the correct dialogue choices, certain people don’t have animosity to one another, and even if you “win” with specific survivors. 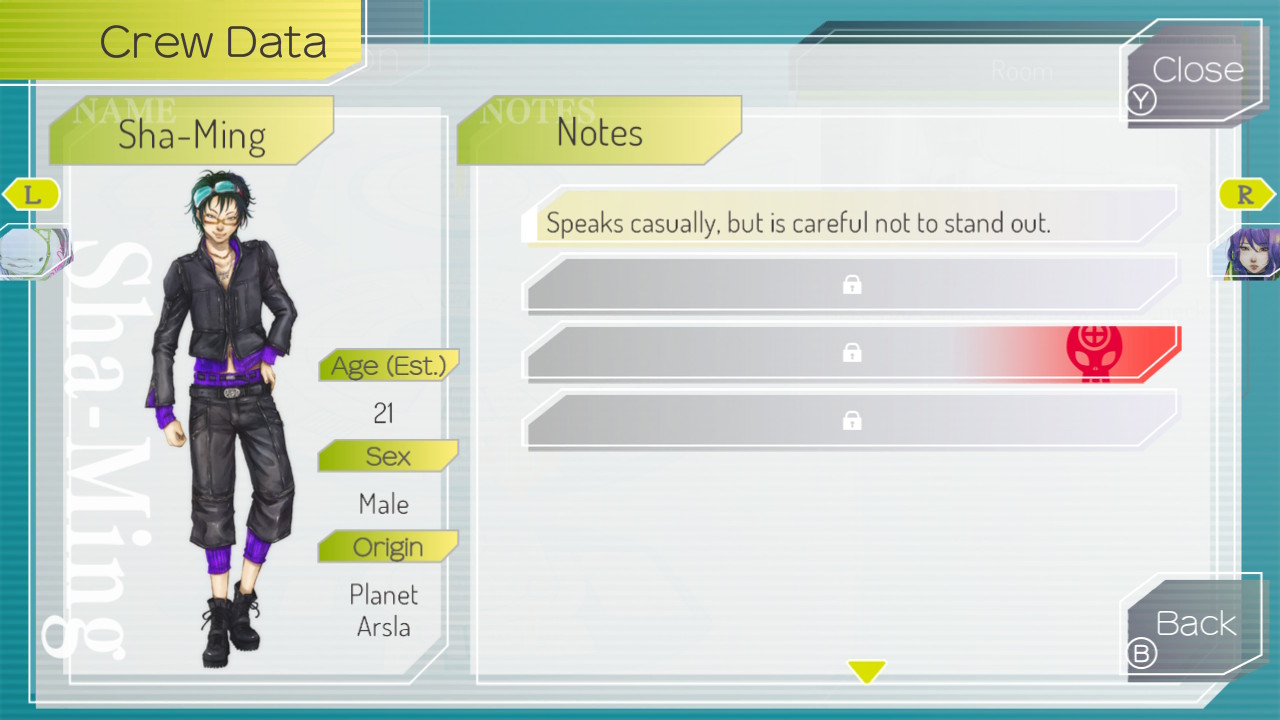 That helps make Gnosia so fascinating. I genuinely began to connect with and like characters. (Except SQ.) Even ones who had a tendency to betray me! (Stella had her reasons, I’m sure.) I didn’t only want to know everything going in this virtual world. I wanted to know all of them. I wanted to have Otome and Raqio around (and be human) at the end, because both had useful skills that would make meetings easier. Unless I was Gnosia. Then both of them had to die. (Especially Raqio, because they’re too logical.) I also sort of enjoyed seeing how people looked when they revealed themselves as Gnosia, because the alternate character portraits can be incredibly unsettling.

But it’s the looping element and randomness that can be Gnosia’s most frustrating part. Remember when I mentioned certain events have specific triggers? Well, since there are randomized elements, it can take a while before you happen upon them! Especially since unlocking every Crew Data detail is a part of breaking the loops. Some people have to be “crew” or “Gnosia” to unlock it. One reveal happened only when both Jonas and Remnan survived. It can take a lot of time and meeting dialogue can get very repetitive. Granted, the more loops you experience, the higher the stats are that let you be more daring in meetings and get the endings you want. But it still can mean experiencing a lot of boring runs.

Editor’s Note: There will be a reference to a game spoiler in the following paragraph. However, the actual spoiler will not be revealed. There will be an image before and after the paragraph, so people have a visual cue if they wish to skip over it. 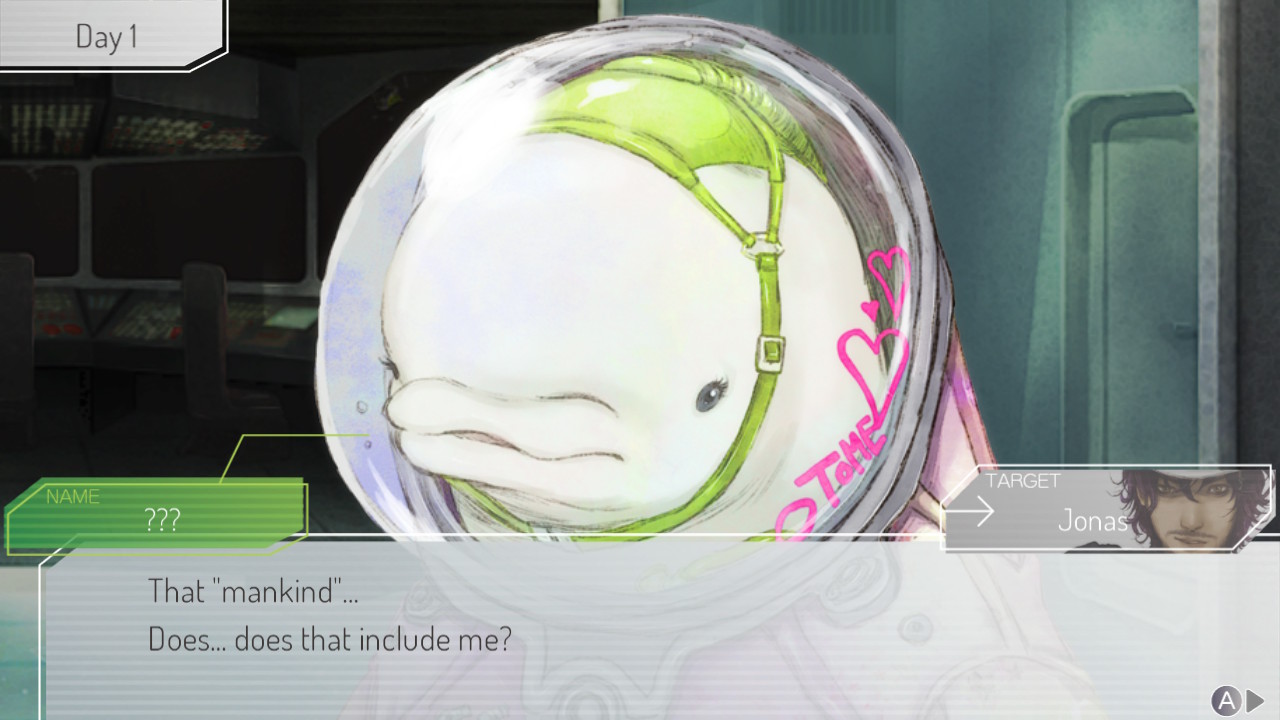 There was also one moment that left me feeling uncomfortable on behalf of a character. Gnosia offers three gender options when people begin playing, which are male, female, and non-binary. There are also multiple cast members who identify as non-binary. (Setsu, the most important secondary character, is non-binary.) As mentioned before, part of working toward the truth and breaking the loop involves filling out Crew Data profiles. Some of these details get personal. One event scene involves a reveal of a character’s biological gender after a shower. Considering how open-minded the game appeared regarding gender and tactfully it seemed to handle things prior to that moment, I felt it invaded that character’s privacy in an unnecessary way. It wasn’t narratively imperative to know that detail. It only made me dislike the other person who made a big deal of it and myself for having to choose the dialogue options to unlock that Crew Data so I could advance the story. I didn’t appreciate that this scene was here and was apparently mandatory viewing. 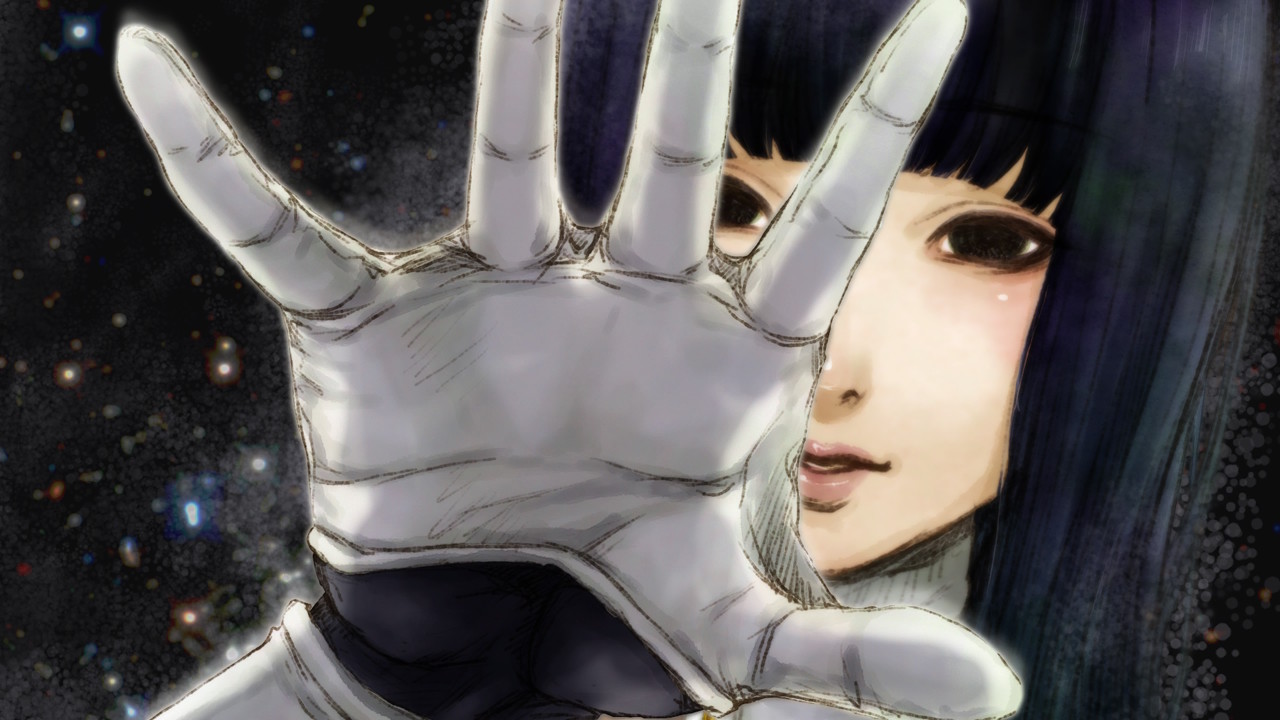 The thing about Gnosia is it is incredibly compelling. Perhaps even frustratingly so. It is a game where I wanted to know what was going on. Even when it became repetitive or I got tired of loops with no real progression, I couldn’t look away. I had to play one more round to level up a stat again. One more chance to see if that would unlock another missing profile detail for a character I liked. An extra run, because really it might only take fifteen minutes anyway. There are a few issues that keep it from being perfect, but I’ll keep coming back to search for answers.

Gnosia is available for the Nintendo Switch.

The crew of a drifting spaceship, facing off against a mysterious and deadly threat known as the “Gnosia” and having no idea who among them is really the enemy, formulate a desperate plan for survival. The most suspicious among them will be put into “cold sleep” one by one, in an effort to rid the ship of Gnosia. Gnosia is a Sci-Fi Social Deduction RPG in which you will engage in discussion with a variety of unique characters, with the aim of identifying the Gnosia among the group. Players will have to use what information they can gather during the discussions to ascertain whom they think is Gnosia and then vote to put them into cold sleep. As you progress, your abilities will improve - but so will those of the crew.
7