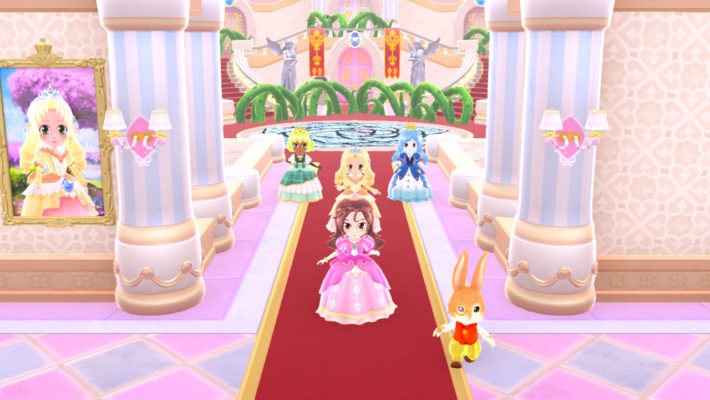 When it comes to games for kids, the bar isn’t always set too high. Is it easy for them to understand? How universal is the appeal? Pretty Princess Party is one of those games where the target audience is definitely little ones, but it falls into a unique position where elements of it might appeal to other people too. Basically, it isn’t only about simplistic minigames and dressing up. It’s about building up your repertoire so you can customize a castle.

Pretty Princess Party’s story is rather sparse. You happen upon a talking rabbit in the forest and follow him through a portal into another world. A magic bracelet appears on your wrist, designating you as a princess. If you want to get home, you have to restore the dilapidated castle by going through “lessons” that make you a better princess. 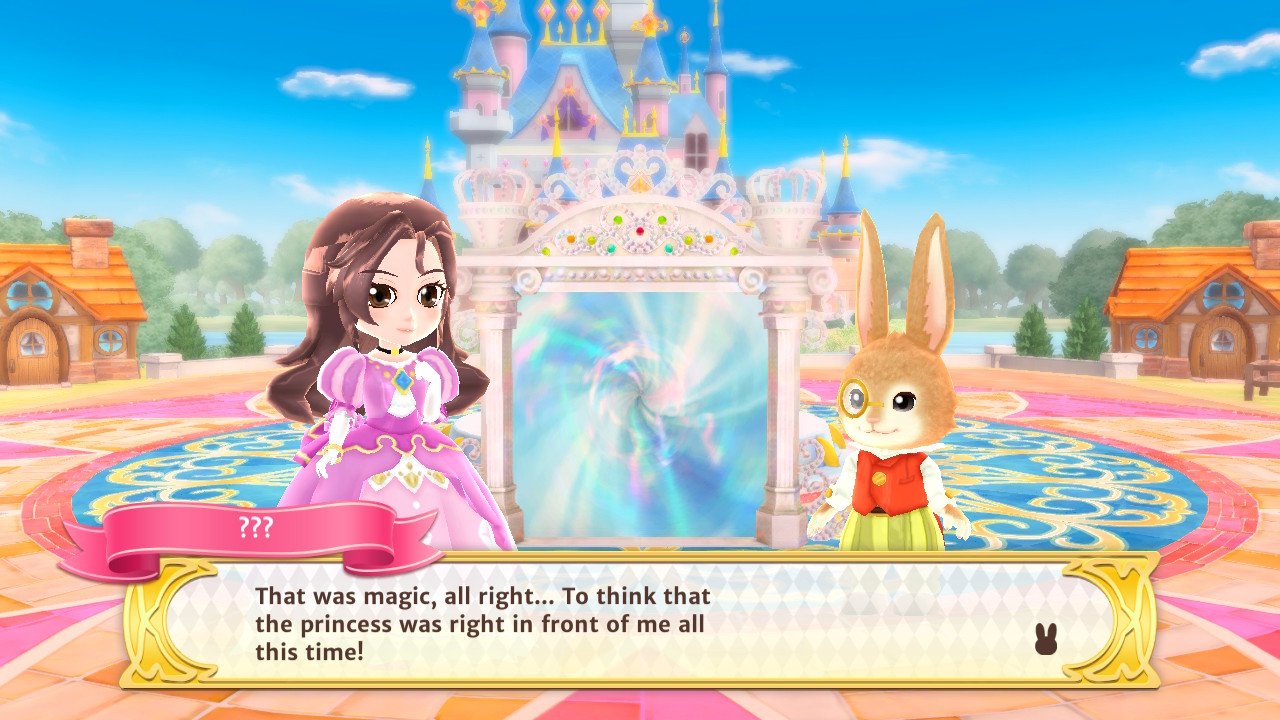 So what happens when you’re a better princess? Well, it means you can spend the Lumina you earn to decipher tablets to determine what should be in each of the castle’s rooms, learn crafting recipes to develop new sorts of magical furniture, and gradually undo reckless that resulted in errant thorns blocking off whole areas of the building. As you restore more rooms and take more classes, you level up and the castle is further restored to its former glory.

Simple is a good way to put it. Pretty Princess Party doesn’t demand too much from players. You never have to change your own character’s look. Initial room demands aren’t too harsh. You’ll see the required items and many of them are available in your first selection of items. Adding more recipes is fairly easy. The minigames give a good amount of currency, you can choose which recipes to invest in for the most part (the special ones are random), and there are typically multiple designs and colors for furniture pieces so you can pursue themes. 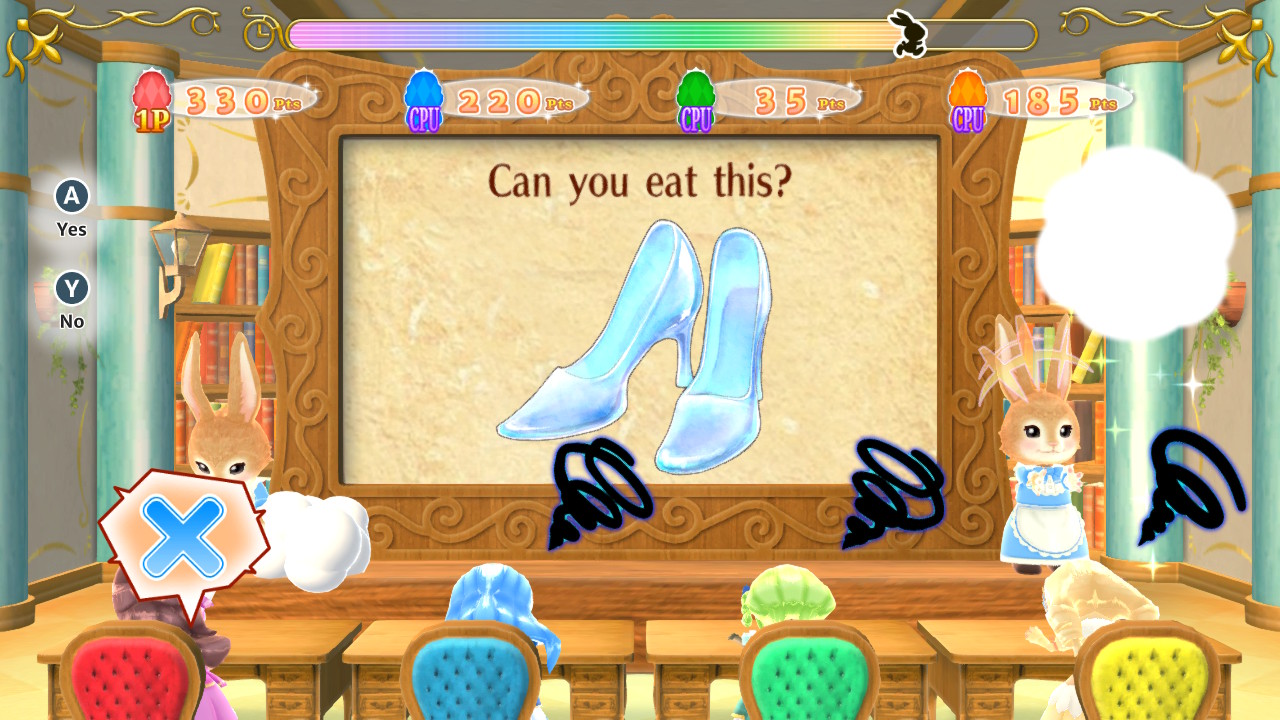 The minigames themselves are basic, but serviceable enough. Each one pits you against three NPC princesses who once lived in the castle, none of whom are particularly skilled. Study has you answer yes or no questions, like “Is this red?” or “Can you eat this?” (That’s… tricky to answer when the picture of the horse comes up.) Decorating cakes involve following the correct order of ingredients. Archery involves hitting targets and not the occasional rabbits walking around. (Why are they on an active archery range?)

While it might be encouraging to play the one you’re best at repeatedly, each one is associated with a different style: cool, cute, and elegant. If you want more recipes for different sorts of furniture items in different styles and colors, you need to boost the levels of all three. Especially since your room requirements might involve furniture and taste levels. 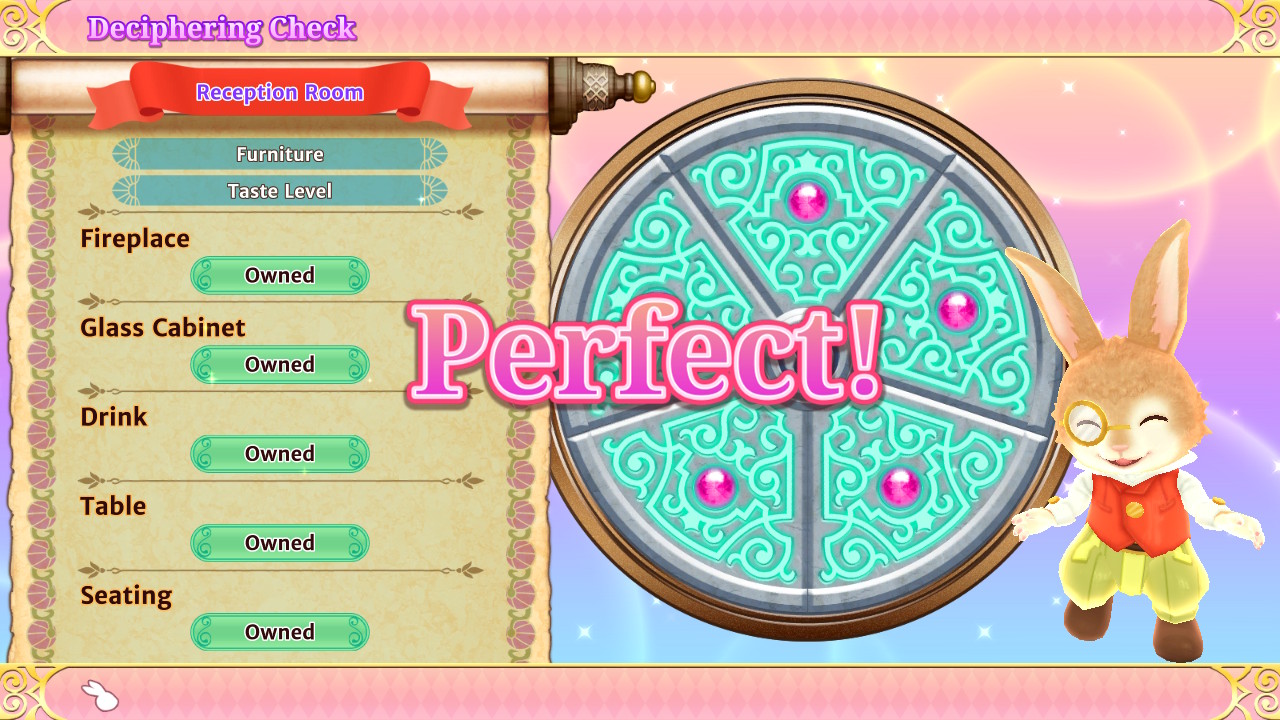 The only downside is, Pretty Princess Party has some elements to it you’d more commonly associate with free-to-play games. Rooms’ tablets need to be deciphered. Okay, fine. You need to pay Lumina to have a rabbit figure out what the requirement is. That triggers a timer. The lowest I’ve seen is 30 minutes, which seems a bit long for a game where a minigame definitely takes less than five minutes.

But there’s definitely some charm here. The actual room decoration is more involved than I expected. You can have lights hanging from ceilings. There are different sorts of large furniture items, like beds, couches, bathtubs, kitchen cauldrons, and tables. You have smaller items, like decorative books or musical items. Once you have a recipe, you don’t have to find materials or spend money to spawn the item in a room. You’re free to place up to 100 items there. If you don’t want to get involved, you can meet the few requirements and go. You could also go overboard and make rooms as lavish as you’d like. 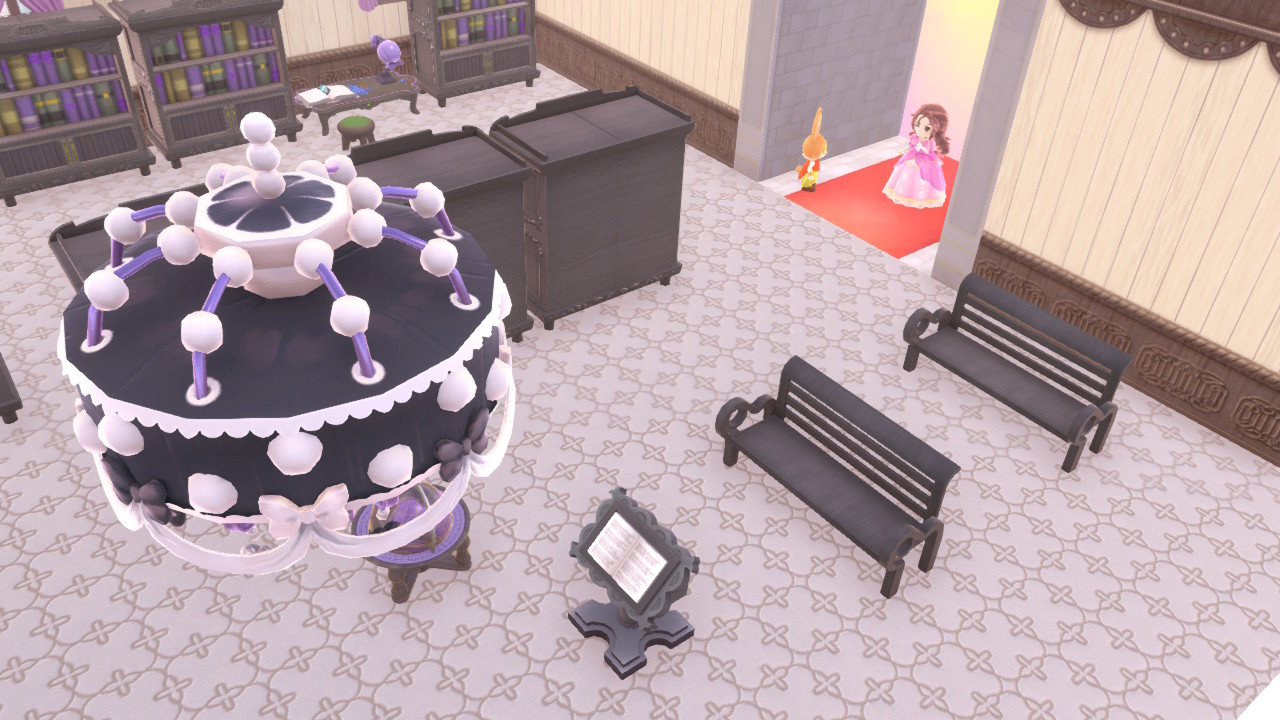 Pretty Princess Party might feel more like “interior designer party” sometimes, which might make it more fun. There are a lot of options here, new customization items unlock at a steady pace, and it isn’t difficult to earn the Lumina needed to unlock requirements and acquire new recipes. It can be very simple and doesn’t demand too much, but people who let themselves get carried away could probably create some pretty cool castles.

Pretty Princess Party is available for the Nintendo Switch.

Pretty Princess Party on the Nintendo Switch transports you to a magical land to explore a long-abandoned enchanted castle. Learn to be a princess and decorate the castle any way you wish. Begin by creating a princess character with endless choices of dresses, shoes, accessories, and hairstyles. Then train to be a princess by playing six different fun mini-games, including cake decorating, horse racing, and dancing. Restore the castle to its former glory and win the prize! Successfully completing the games will unlock new outfit choices and allow you to access hundreds of unique items to decorate your castle’s 20 rooms – over 1,300 items total!
6