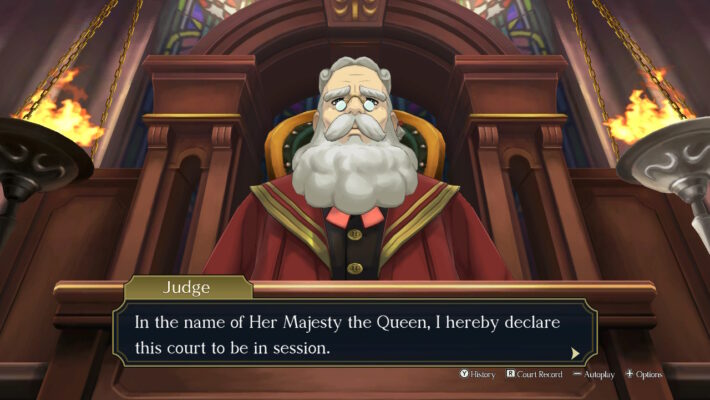 Finally! The Great Ace Attorney Chronicles bundles together two 3DS releases that didn’t make it to the West, and it brings them to the native confines of modern platforms. We’ll never have an objection to a game seeing wider release, so it’s enough of a win to get the game at all.

It’s a separate issue, and one that a lot of people have probably already decided for themselves without ever touching The Great Ace Attorney Chronicles. That’s fair, honestly! If you’ve played any Ace Attorney games, you generally know how they work. And they don’t really deviate from that! The incentive to play each game is the new story and the chance to spend more time with recurring characters. There have been a few gimmicks here and there, but generally speaking, these games play similarly. 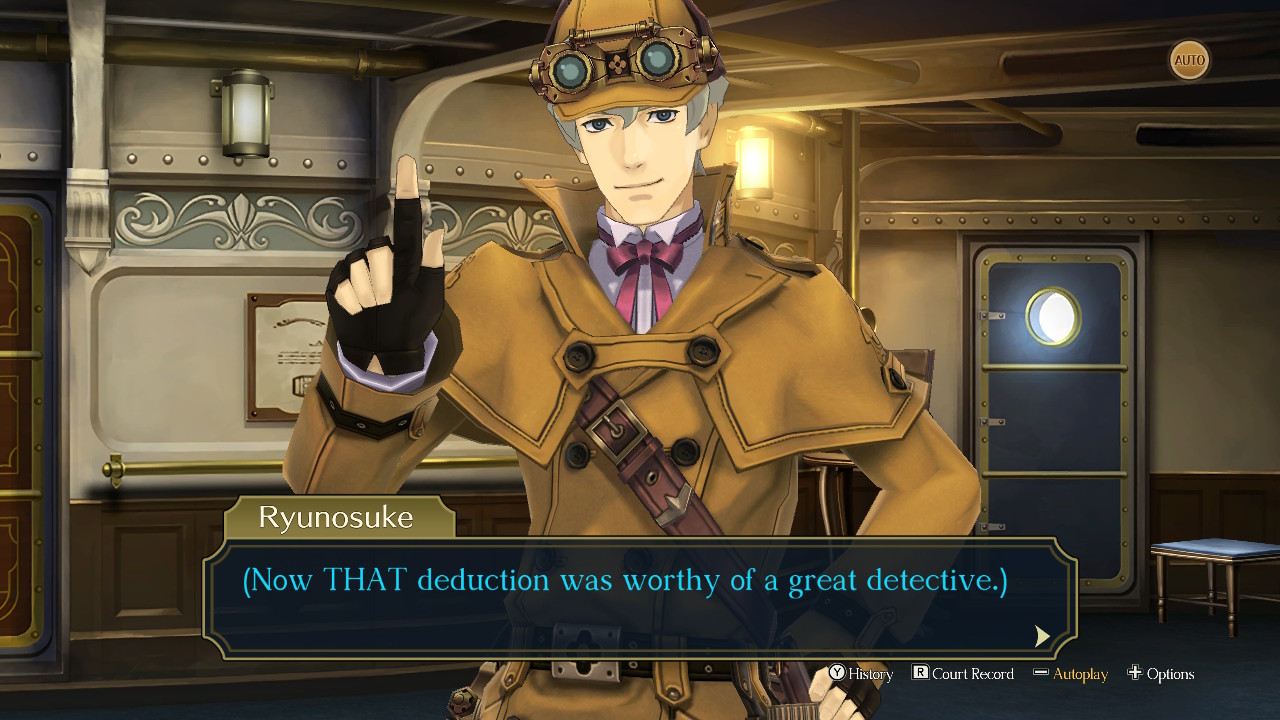 So about that story, then: the two Great Ace Attorney games take place in the past, with a different cast and setting. Will you see familiar faces? For sure, and not just because the franchise’s signature art style is in full force here. The two adventures will include some eerily similar doppelgangers, a clever (if sometimes overdone) way of including fan favorites.

Since the narrative is so core to the appeal of the game, we’ll refrain from spoiling elements of the games’ cases. But things occur, and the mere fact that Ryunosuke Naruhodo finds himself in Britain is the result of multiple spoiler-heavy happenings. Ace Attorney pairs dire events with slapstick whimsy, and that certainly hasn’t changed in these tales. Famous detective Herlock Sholmes, the name being a nod to the IP-skirting character in Maurice Leblanc’s Arsène Lupin adventures, serves as comic relief.

If you like when jokes repeat and iterate upon themselves, congratulations! You’ve found a game for you. If you want a little more nuance and craft… maybe not. The Great Ace Attorney Chronicles’ humor, like its mystery, is written to be accessible to a younger audience. As such, it can be fun, but it’s not intellectually stimulating. 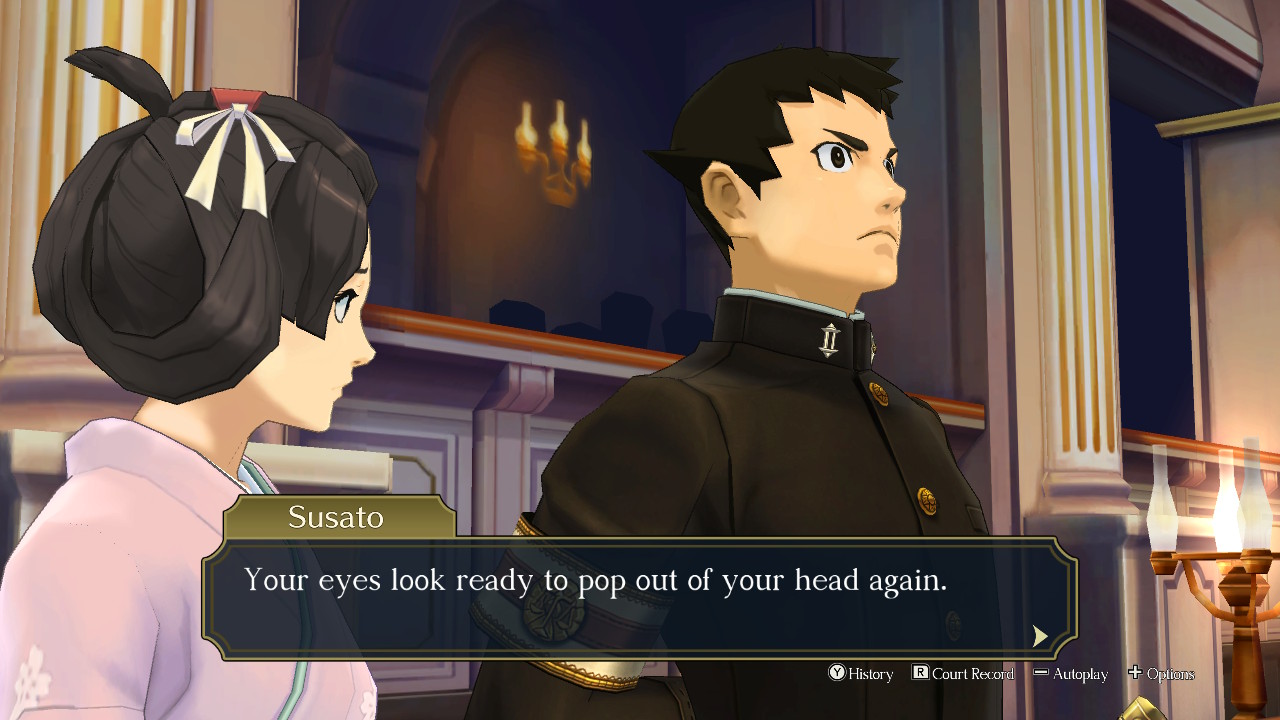 The Ace Attorney franchise’s largest failing is its plodding pace, and The Great Ace Attorney Chronicles does little to address it. It’s something we were hoping to see change in our preview, but the full campaign is fairly consistent in its slowness. The characters chatter about doubts and misleading clues well after you’ve solved the case, but you can’t do anything to speed this up or present clues when you actually find them. Each exchange feels like it has a couple of extra screens of text without really needing them to convey ideas. These aren’t the fault of the localization (which is solid and witty), but if the game got to the point faster, it’d be half as long and twice as good.

The value proposition of The Great Ace Attorney Chronicles is honestly rather ludicrous. After all, these are packaged for Japan, where they’re years-old re-releases. In the West, they’re two full new games. And Ace Attorney games were already not short. Each case is a full adventure, with twists and turns. Doubling the number of them here is nice, for sure! 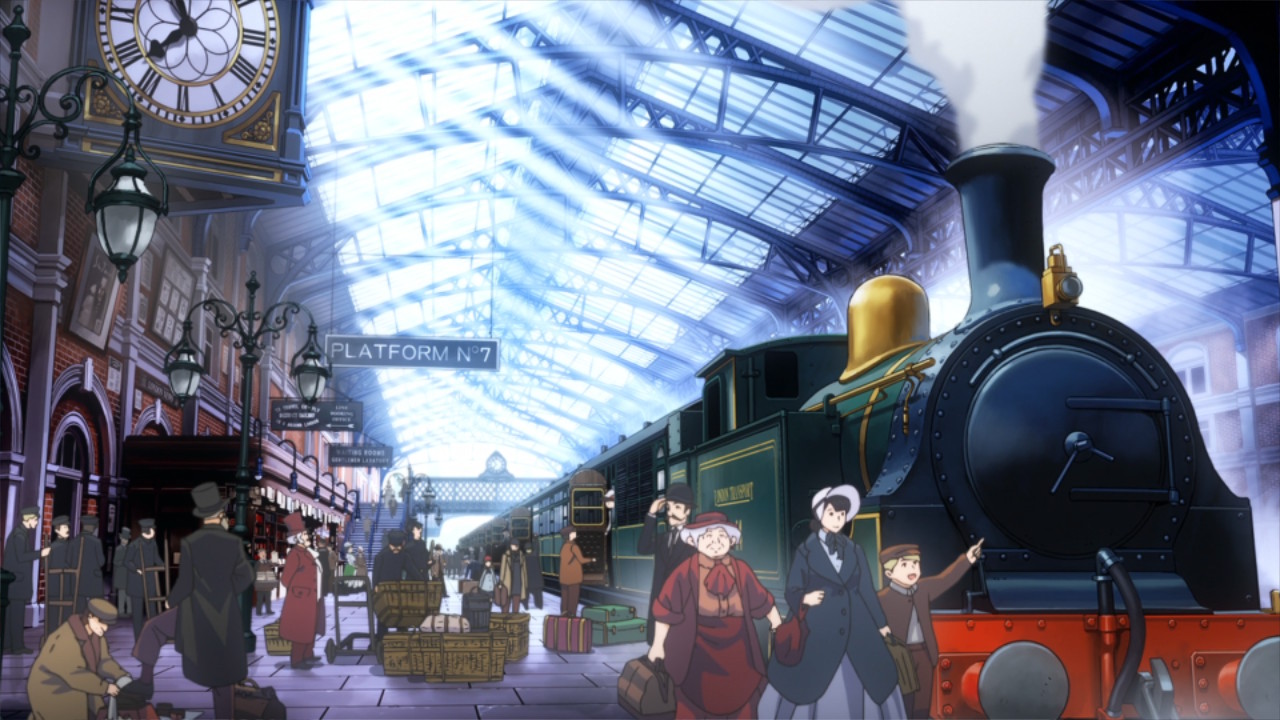 They don’t look dated, either. The visual treatment, combined with the stylized character designs, makes for a game that scales up well. Capcom is well-practiced in this from the previous Ace Attorney games, but it’s still welcome. Perhaps even more so, given these games’ period aesthetics! Look is important. The engine is robust, and all the save options and quality-of-life features are here. (You can even turn on Story Mode, letting you essentially watch the game and follow along like it’s an anime.)

Franchise fans should be psyched to get the two Great Ace Attorney games, and in a polished package. It won’t change your mind about these titles one way or the other, unless you have a strong feeling about the period-piece setting. But it does what it sets out to do. And now that Capcom has packaged up so many of these titles on current platforms, perhaps it’s time to see a modern gameplay reinvention for the series?

With all the fun and drama of the Ace Attorney series set against the backdrop of Victorian-era Britain and Japan, there's sure to be no "Objection!" to the adventures of Ryunosuke Naruhodo as he turns the courtroom upside down! Switch version reviewed.
7

Getting the two Great Ace Attorney games in the West is a huge win, and Chronicles bundles them well. But the Ace Attorney series’ gameplay could use some updates.