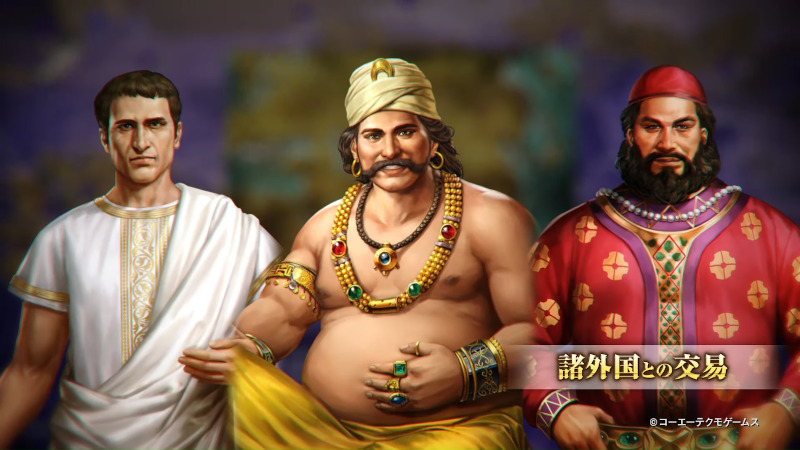 Koei Tecmo has published a promotional trailer for Romance of the Three Kingdoms XIV: Diplomacy and Strategy Expansion Pack. The trailer gives a rundown on the new features that will be added to this major expansion.

One of the features added is trading with other major nations in Eurasia. This trailer newly gives a sneak peek of items that can be obtained by trading with Rome, India, and Parthia. Other than those three nations, the Chinese factions will also interact with the Kushan Empire—historically, one of the major Eurasian empires in the 2nd century.

The most important feature added by the expansion pack will be the Geographical Advantage. A faction that controls the majority of a province will receive specific perks. The latter includes unlocking diplomacy with foreign tribes and trade with the aforementioned Eurasian nations.

The expansion pack also brings in a new War Chronicles Mode that focuses the gameplay on famous battles in the Chinese Three Kingdoms era, such as the coalition against Dong Zhuo, the battle of Guandu, and the battle of Wuzhang Plains.

In another first, the foreign tribes will also have generic female officers with unique artwork for each tribe. The expansion pack will also add a feature that can randomize fiefs owned by each starting ruler in a given scenario.

Romance of the Three Kingdoms XIV: Diplomacy and Strategy Expansion Pack is set for release on PCs, PlayStation 4, and Nintendo Switch this Winter. The Japanese and Chinese versions will be available earlier on December 10, 2020.