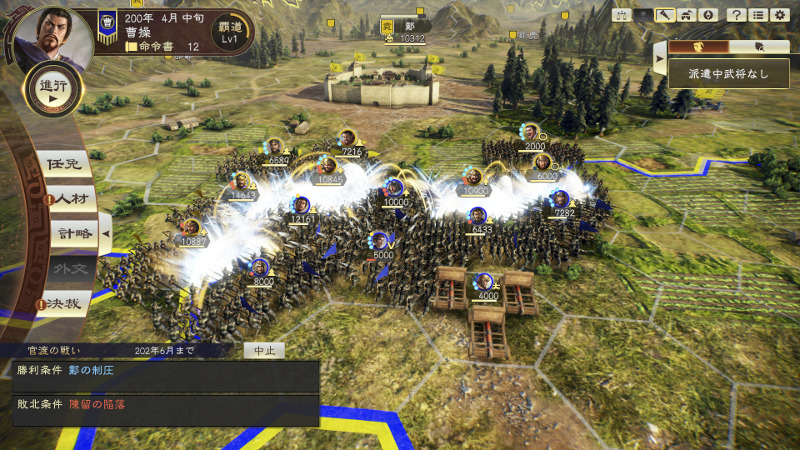 Koei Tecmo provided more details on Romance of the Three Kingdoms XIV Diplomacy and Strategy Expansion Pack in the latest issue of Famitsu magazine. This time, it explained the new War Chronicles mode in more detail. [Thanks, Ryokutya2089.]

War Chronicles is a new mode separated from the regular game that focuses on specific famous battles in the Three Kingdoms era. A general gameplay session in War Chronicles mode will range from 1.5 to 2.5 hours. The high score will be determined by not only the number of turns taken, but also the number of decrees used up by the player.

Five scenarios will be available in this mode at launch: The Anti-Dong Zhuo Coalition, the Battle of Guandu, the Battle of Chibi, the Struggle for Jingzhou (which culminates in Guan Yu’s last stand), and the Battle of Wuzhang Plains. More campaigns will be added with the second DLC season pass.

The Diplomacy and Strategy Expansion Pack also adds a new strategy layer based on deception to the game’s regular gameplay. Officers will be able to send False Reports to lure enemies towards a prepared trap. However, new character traits that prevent false reports or cancel an ally’s misguidance will be added as well.

While the base game required the player to send some troops to destroy enemy-owned buildings, the expansion will add an order that allows you to destroy buildings without sending any units. You will also be able to have a rival faction secede part of its territory to you by offering valuable items.

Other than that, this expansion will also add geographical advantages that reward perks to a faction that can control the majority of a province. The perks range from faction stat improvements to interactions with the returning foreign tribes. We previously learned about the expansion’s biggest new feature of trading with foreign Eurasian empires, along with items that can be obtained from such trades.

Romance of the Three Kingdoms XIV Diplomacy and Strategy Expansion Pack will be released for PC, PlayStation 4, and Nintendo Switch. It will launch first in Japan and Asia on December 10, 2020, with the English Western release following suit on February 11, 2021. Koei Tecmo will hold a new live stream that delivers even more information and footage of the strategy game on November 6, 2020.