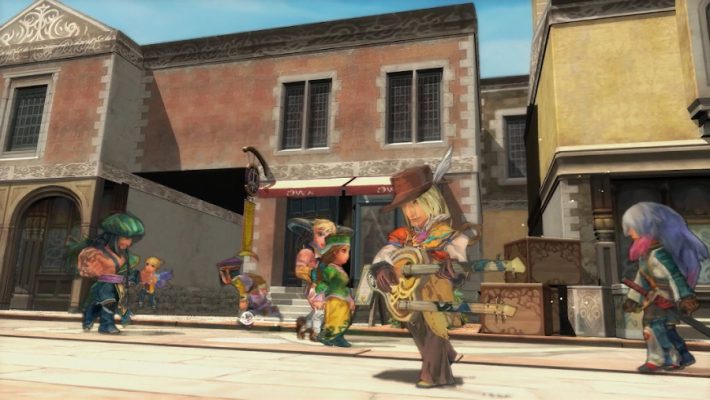 Square Enix announced the release date for Romancing SaGa -Minstrel Song- Remastered. The game will release on December 1, 2022, for the Nintendo Switch, PC via Steam, PlayStation 4, PlayStation 5, Nintendo Switch, and Android and iOS devices. A new teaser trailer appeared during the latest Nintendo Direct broadcast. The digital version of the game is available for pre-order via the Nintendo eShop for $24.99.

Furthermore, in addition to higher resolution graphics, the upcoming remaster will feature an updated UI and a fast-forwarding mechanic that will make the game easier to play. The remaster will also add several dozen new high-level bosses for players to enjoy in the end-game. Some of these bosses appeared in the Nintendo Direct trailer above.

The Bard is tuning up. Will you band together to collect the Fatestones and save Mardias?

Romancing SaGa -Minstrel Song- Remastered will release for the Nintendo Switch, PC via Steam, PlayStation 4, PlayStation 5, as well as iOS and Android devices on December 1, 2022. The game is immediately available for pre-order on the Nintendo eShop for $24.99. There is no confirmed price for other platforms.