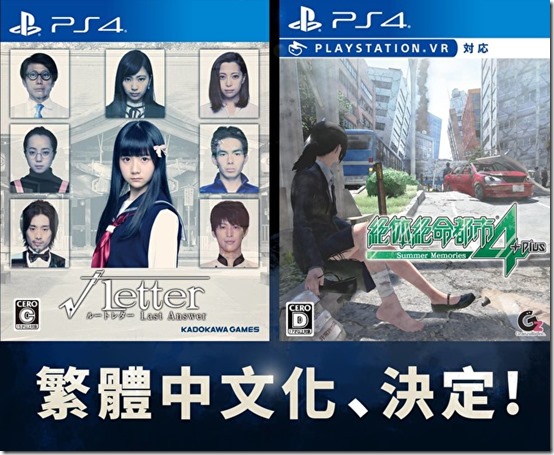 Taiwanese publisher Justdan announced today that Kadokawa Games’ Root Letter: Last Answer and Granzella’s Disaster Report 4 Plus are seeing releases outside of Japan with a Traditional Chinese version. [Thanks, Bahamut!]

Root Letter: Last Answer’s Kadokawa Games’ remake of Root Letter, featuring live action footage, as well as new scenarios that cover what happens after the original game’s story. Meanwhile, Disaster Report 4 Plus is a remake of the cancelled Disaster Report 4, where the player encounters an earthquake and now has to deal with the aftermath alongside other survivors.

Currently, both Chinese versions don’t have release dates yet.