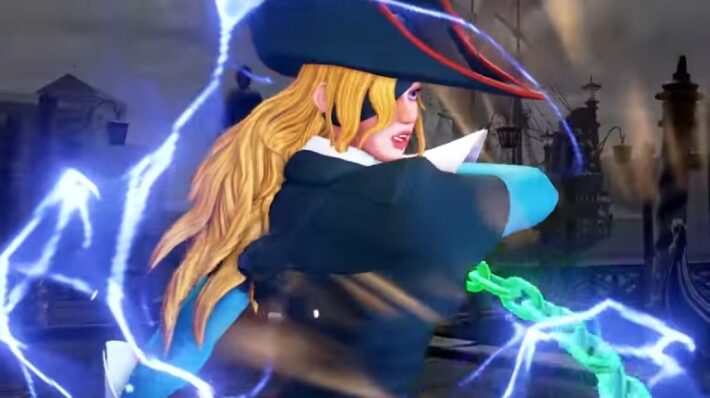 Capcom will release a Ruby Heart costume for Rose in Street Fighter V. The costume is included as part of the Season 5 Premium Pass. However, those who wish to purchase the outfit individually can do so for $3.99 from September 21, 2021. [Thanks, Wario64!]

There is a short game play trailer on YouTube showing off how Rose pulls off her iconic moves in the Ruby Heart costume. As Ruby Heart does not have a scarf like Rose does, Rose’s scarf is replaced with Ruby’s anchor and chain in combat. Her opponent in the video is Menat in the Darkstalkers Felicia costume, making it look more like a Marvel vs. Capcom bout than Street Fighter V.

You can view the Street Fighter V  trailer of Rose in the Ruby Heart costume here:

Ruby Heart first appeared as the protagonist of Marvel vs. Capcom 2: New Age of Heroes, but she has not been playable in Marvel vs. Capcom games since then. In Ultimate Marvel vs. Capcom 3, the “Apprehended” bar is over her mugshot in the Days of Future Past stage, which is a fairly good indicator of her canonical fate.

Street Fighter V: Championship Edition is currently available on the PlayStation 4 and Windows PC. The Ruby Heart costume for Rose is part of the Season 5 Premium Pass, but players can individually purchase the costume from September 21, 2021.