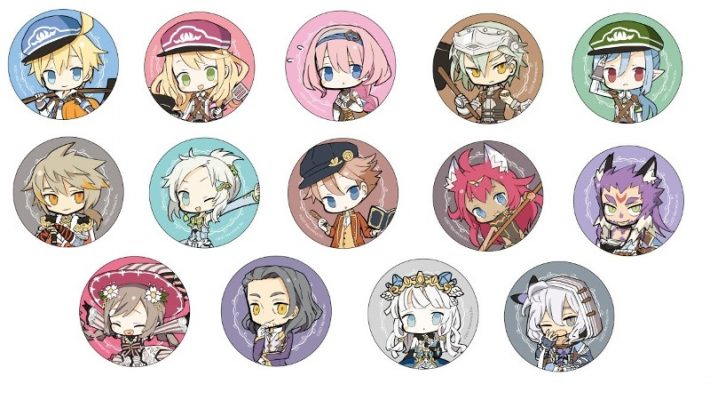 Marvelous is working with the Japanese store chain Gamers to release Rune Factory 5 merchandise. It has opened pre-orders for the items on the Gamers Online Shop the same day the video game released in Japan. [Thanks, Gamer!]

The merchandise collection will primarily feature the two protagonists—Ares and Alice—and the twelve marriage candidates. The store will sell various kinds of items, such as tin badges, wired keychains, acrylic stands, and towels. The prices will range from 550 yen (~$5) to 3,300 yen (~$30).

All items on the page will be officially available in late June 2021. For every 2,000 yen made on a single pre-order by June 6, 2021, Gamers will add an illustration bromide picked randomly from 14 available designs.

The Gamers Online Shop only supports domestic shipping inside Japan by default. However, it allows international shipping by using external proxy services, such as Leyifan.

Rune Factory 5 is an RPG that combines a farming life akin to Story of Seasons and Harvest Moon games with fantasy aspects and battles against monsters. The player will take the role of a protagonist who lost their memory and becomes a member of the security group Seed in the town of Rigbarth.

Marvelous just released Rune Factory 5 for Nintendo Switch in Japan on May 20, 2021. The game will also make its way westwards in 2021.