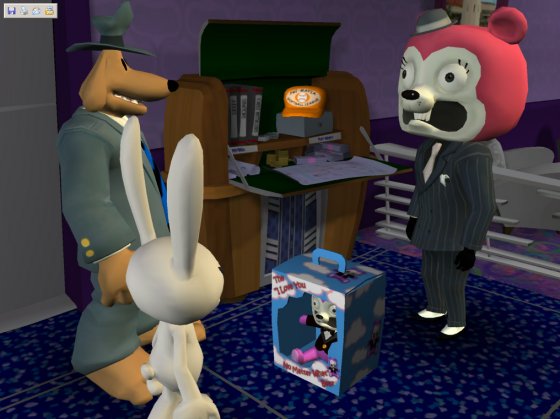 Point and click adventures, a genre PC gamers felt they could call their own, have been through a pretty tough phase those last 10 years or so. After Sierra collapsed and Lucasarts started milking the Star Wars franchise, adventurers never really enjoyed the same level of quality, polish or production values in their games. Until Telltale Games emerged, that is. Telltale and its episodic and beautiful Sam & Max and Bone games.

Better cut the introduction short though. Let’s just suppose you do know all about Sam and Max, adventure gaming and Telltale’s (GameTap’s too, admittedly) Sam and Max Season 1. Let’s even go as far as actually supposing you remember what the second episode of the season was all about (no? try this link). Can we all agree on that? Good. No? Wikipedia is your friend.

Anyway. Sam & Max episode 3 is a game about a mole, a meatball and the mob (not necessarily in this order), a game with a fully 3D cartoony casino and one more chance for Telltale to show they’ve nailed the episodic formula. S&M 3, you see, is self-contained but nicely fitting in an over-arching plot, short but definitely fairly priced, easy but beginner-friendly and above all hilariously funny. Mind you, not video game funny (the BFG sort of non-joke springs to mind), but funny funny. Oh, and it’s following an episode released just one month ago and will surely be followed by a brand new one in a month’s time. Now, you might call me an almost middle-aged Telltale alcoholic fanboy (go on, it’s ok, everyone does) but this is proper episodic gaming in my book. 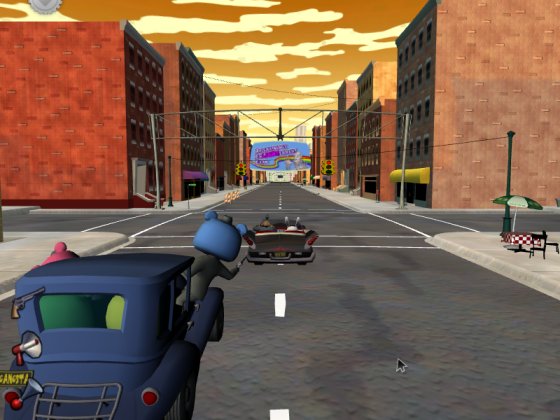 As for the plot, wouldn’t want to give too much away, so I’ll just provided a few hints: Commissioner, baffling assignment, Toy Mafia, anthropomorphic duo, guns, mole, casino, Sybil’s new dangerous job, Bosco the Frenchman, teddybears, hypnosis, infiltration. Got it? Hope you did, for I can’t say anything else. There’s a mole around here…  All you need to know though is that the story is fitting for such a great -if short- adventure.

And it gets better, really. Not the plot, the game, mind you. Sam and Max episode 3 features an amazing song that reaches classic Monty Python quality, sharp and witty dialog, entertainingly varied –albeit ridiculously easy- puzzles, the obligatory lagomorph, animals disguised as animals, a hint of poker, quite a bit of shooting and a mafia inspired version of whack-a-rat. Did I mention it was funny? I did? Great! Did I mention that Telltale should really add a bit of a challenge to the game? No? Well, just did. Now, do yourselves a favor and get one for yourselves. You’ll thank me, you will. Presumably so will Telltale.