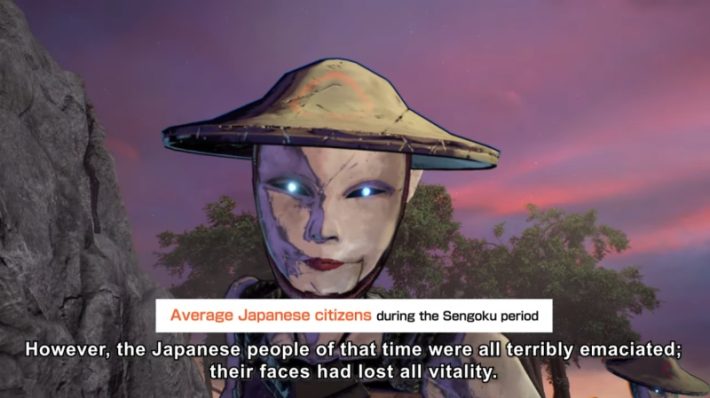 In its zeal to promote Samurai Maiden at TGS, D3Publisher opted to give people a history lesson. The latest trailer for the game contextualizes the adventures of modern schoolgirl Tsumugi Tamaori in the real true history of Japan.

The new Samurai Maiden TGS trailer has Tsumugi hold forth on the reality behind Samurai, Ninja, life in the Sengoku era, and the relative cuteness of medieval Japanese warlords. The trailer also shows plenty of gameplay, as Tsumugi and her ninja pals caper around the battlefield. There they chop through hordes of historically accurate zombies, skeletons, and clockwork automatons to destroy the demon king. To do so they’ll gain new power from affectionate intimacy, using the natural bond between ninja and samurai to unleash their true potential.

Samurai Maiden will also contain historically accurate depictions of the cutest warlords of Japan’s warring states. The trailer introduces two of them. Her command of the war fan, prodigious strength, and unstoppable cavalry, Shingen Takeda was known as the (palmtop) Tiger of Kai. Meanwhile, the Dragon of Echigo wowed all comers with her inimitable martial prowess. Finally, the documentary recapped the famed incident at Honnoji, when in 1582 the famed warlord Nobunaga Oda was brought low. He got better, though, and devoted his energy to  defeating the demon lord below the burning temple.

Samurai Maiden launches on December 1, 2022 for PS4, PS5, and Nintendo Switch in Japan. It’ll launch outside Japan and on PC everywhere on December 8, 2022. Pre-orders will net the above “Gal-type School Uniform” cosmetic skin for Tsumugi.